Ford Motor (NYSE: F) recently raised its dividend by a surprising 20%. The dividend increase came as Ford delivered a mixed performance. Its US December sales reached an all-time record high, but its sales for 2014 have been flat. 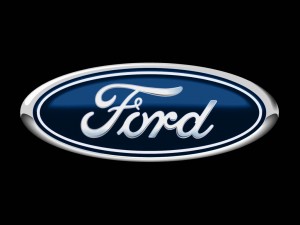 With analysts looking for a better sales performance from Ford, does the dividend increase make sense?

For investors, does it make the stock a buy?

Ford announced it’s increasing its quarterly payout from 12.5 cents to 15 cents per share. A year ago, Ford paid 10 cents a share, and paid just 5 cents two years ago, so you can see it’s on a path of dramatic dividend increases.

The lifeblood of an automaker is vehicles sales, so recent results are closely watched. Ford sold 220,671 units in the US in December, an increase of 1.2% year over year. Analysts were expecting sales of around 225,000, a 3% increase.

The automaker showed strong gains in sales of its Explorer SUV of more than 6%, while sales of its smaller SUV, the Escape, increased nearly 5%. Its Fusion sales, however, slid by 5.1%.

Although Ford is introducing its new aluminum-body F-150 pickup, sales of its leading F-series pickups slipped by 0.3% in December.

How Ford Stacked Up

Overall industry US auto sales finished 2014 at 16.5 million, according to Automotive News, a 6% increase from 15.6 in 2013. The industry continues to rebuild since the Great Recession.

So what do Ford’s sales numbers mean? Let’s look at how they impact the earnings.

Ford’s management has been open in its guidance on earnings and revenue, saying that a slight decrease should be expected near term.

Ford, which is scheduled to report its earnings on Jan. 29, expects to show a pre-tax profit for 2014 of around $6 billion, $1 billion less than last year. The company is also expected to show flat revenue or a slight decrease. The fourth-quarter comparisons of earnings per share and revenue are expected to be similar, down slightly, also.

More on the Dividend

With Ford’s current stock price hovering in the $15 per share range, the yield when the dividend increase kicks in during March, 2015 will be just under 4%. Rival GM currently yields around 3.5%.

Both have re-established their dividends since the auto industry was decimated in the Great Recession. GM’s predecessor went through bankruptcy, while Ford weathered its financial storms; both automakers had been consistent dividend payers but saw the dividends become a casualty of the financial crisis.

The Plan: Big Bet on Aluminum

Ford has bet heavily on producing a new, lighter F-150 series pickup, which will utilize around 700 pounds of aluminum in each vehicle. The re-fashioned F-150 had been some time in the works, and is now arriving at dealerships with demand high.

The F-150, the flagship of Ford’s fleet, is really the key to understanding both the sales figures for Ford in the last year and its corollary, the slightly dampened earnings and revenue picture. Although some industry analysts have been critical of the re-tooling effort by Ford, as a couple of recent stock downgrades have shown, this really misreads where Ford is going.

Ford’s view is a longer term one than one quarter or even one year. It sacrificed sales and earnings in 2014 and likely in 2015 to gain better results in future years. It projects its vehicle sales coming back robustly, along with revenue and earnings.

Ford’s management has proved itself astute in the recent past, even as it navigated and came through the worst of the global financial crisis. It’s shown it knows how to build and sell popular vehicles. It’s not depending on the whim of gas prices or the oil supply, but has positioned itself to sell more vehicles consistently and to show strong financial results in the next few years.

The vigorous–even daring–dividend increases show management’s confidence in its path.

Ford should surge into new profitability in the next couple of years. With the shining, growing dividend, investors should ride along.