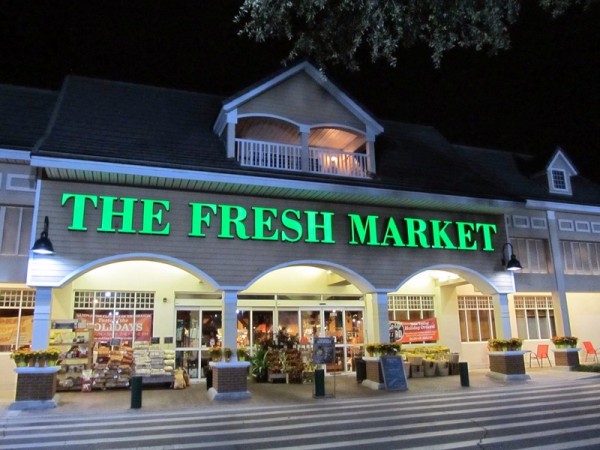 There is something very strange about Apollo Global (NYSE: APO) making a $1.34 billion roll-up offer for The Fresh Market (NYSE: TFM). Sure, Fresh Market shareholders are dancing in the aisles because of the 25% premium added on to their shares overnight. Yet the Fresh Market buyout seems a little mystifying when we look at the numbers involved.

The Fresh Market had 12-month trailing profit of $63 million. So Apollo paid 20.9 times earnings for this company. Now, if we assume that a stock trades at a value that reflects its future cash flow, why would Apollo pay twice the expected growth rate for The Fresh Market? Analysts think the company will have 10% annualized earnings growth going forward, and that’s only after it escapes the next two years during which earnings are expected to be near zero.

A Fat Price for a Laggard

What catches my attention is that Apollo paid an awful lot of money for a chain that, compared to juggernaut Whole Foods Market (NASDAQ: WFM), is rather far behind.

A Makeover to Boost Margins?

What this tells us is that Apollo may believe it can wring more efficiencies out of The Fresh Market, as is often the case with private equity companies. Firms like Apollo will buy out a company and then institute a top-to-bottom reworking of operations to increase margins and cash flow. Once the business has been optimized, private equity will often exit the deal by putting the company out via an IPO again.

I think this may be why Apollo jumped into this business. Another tip-off is that George Golleher, the former chief executive officer of grocery chain Smart & Final (NYSE: SFS) is a co-investor in the deal with Apollo.

This is an interesting partnership, and Golleher is obviously experienced in this area. While I think Apollo overpaid for The Fresh Market, it is telling that it paid the same relative valuation as Whole Foods is worth. That suggests that Apollo management thinks the market should value The Fresh Market at an equivalent valuation. Considering competitor Sprouts Farmers Market (NYSE: SFM) trades at 32 times earnings, Apollo may even think it could be worth even more, which is why it did the deal.

These are crushing the Dow and S&P 500