So it was on Tuesday after the Commerce Department reported that the U.S. economy contracted by an adjusted rate of 2.9% in the first quarter. That marks the worst contraction since 2009, at the height of the Great Recession. Stocks slid almost a full percentage point after the news trickled out. 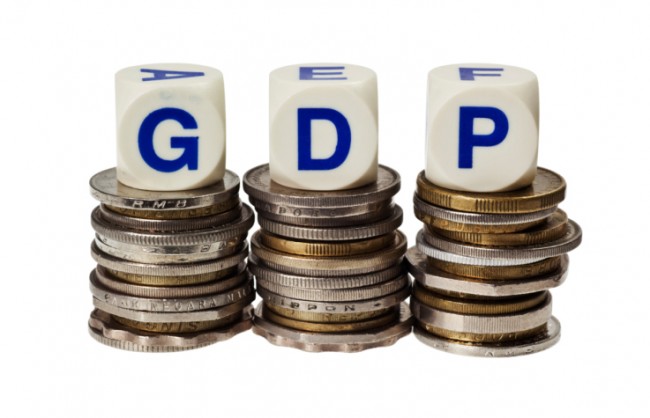 They’ve since bounced back, which shows that investors aren’t overly concerned about the GDP (gross domestic product) revision. But should we be?

To fully understand what the latest GDP news and what the revision means, we should dig into what exactly happened.

Harsh weather was partly to blame for the poor Q1 showing. One of the coldest and snowiest winters on record kept consumers at home and shut down many work sites from January through March.

Other factors weighed on GDP growth that weren’t one-time deals or historic abnormalities. Net trade, for instance, declined 1.5% as Europe’s debt crisis continued to fester. Emerging markets such as China and Brazil have backtracked a bit in recent months.

Overall, however, the drop-off wasn’t unexpected. It was just worse than what most economists had forecast. Most projected a 1.8% to 2% decline.

What really makes the 2.9% decline seem like more aberration than the start of a disturbing trend is that it lies in stark contrast to all the other first-half economic data. From January through May, industrial production climbed (+5%), capital goods orders were up (+5.8%), consumer confidence spiked, jobless claims continued to fall and the number of hours U.S. employees worked increased by 3.7%.

Perhaps April and May were just that strong, and were enough to offset any weakness in the previous three months. If so, that would be all the more reason to consider what happened from January through March a temporary, if unsettling, setback.

Gross domestic product growth is an important measure of how an economy is faring. But it’s not the only measure. And right now, the horrible Q1 GDP figure looks like an outlier when compared not only with previous quarters, but all other recent economic data points.

That’s probably why panic only lasted for about three hours on Wall Street after the GDP numbers came out.

And it’s why you shouldn’t panic either.

Yes.  That’s right.  A bigger, better, beefier vehicle is rolling off the assembly line – an American truck that’s actually more efficient than the Toyota Prius.  Hey, it can even tow five of them. And it’s not a wimpy hybrid. It’s a 302hp heavy-duty beast. Yet, it only costs around $15 bucks to fill up! And you can travel 800 miles on one tank. That’s why we call it the “American Prius.” ONLY ONE COMPANY has the breakthrough technology for building this truck. And now you can share in their massive profits.