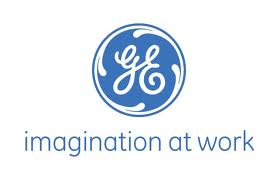 One of the most difficult things a company can do is change with the times. No company is as adept at that as General Electric (NYSE:GE).

For the first century of GE’s existence, GE Capital was simply a division within the company to help its buyers finance its products – from homeowners looking to buy a new washing machine to multi-billion dollar airlines buying GE’s turbine engines.

Welch, despite whatever opinions some hold of him, was someone who could see far into the future. He saw the shift in finance and banking. And so he turned this small consumer credit segment into one of the world’s largest banking firms.

Throughout the 1980s, 1990s and into the 2000s – even after Welch left the company – GE Capital was a moneymaking machine. The company got into just about every kind of financial and investment vehicle the market offered: everything from car loans to risky commercial real estate investments.

That segment – more than anything else GE was up to over those three decades – was responsible for the company’s unbelievable stair-step growth. From 1981, when Welch first took the chief executive reins, to his last day in 2001, GE’s share price grew more than 5,000%.

Unfortunately for GE, it doesn’t take a genius to figure out that times were changing in 2008. Because of GE’s dependence on its financial arm, the company was devastated during the financial crash seven years ago.

But, like Welch did in the 1980s, the company is finding a new path. Or, to be more accurate, it is finding its way back to the company’s old proven path.

With a great effort – one only now beginning to really come to fruition – GE is back in the business of “making things.”

Its latest quarter is proof of this.

For the full year, the company expects its industrial side to grow its bottom line by double digits. For a $262 billion company, that’s an amazing rate.

Meanwhile, it is taking the risk it is so keenly aware of from its near disastrous 2008-2009 troubles off the table.

In April, General Electric CEO Jeffrey Immelt announced that the company will do away with Welch’s massive GE Capital. Immelt and his team will pare back the financial arm to a size comparable to what it was for its first 100 years of business.

Immelt’s vision is that GE will once again be an industrial giant, and no longer be thought of as just another bank. Of course, this isn’t an easy transition. And it has created plenty of speculation in the market.

Immelt is taking a twofold approach to GE’s turnaround. First, he has to find buyers for large portions of GE Captial’s loan portfolio. He then has to build back up the company’s industrial business – even more than before.

Fortunately, GE is flush with cash, and Immelt has the right connections.

Earlier this year, he announced a deal to sell a large chunk of GE’s commercial real estate loan portfolio to Wells Fargo (NYSE: WFC) and Blackstone Group (NYSE: BX). And now, there are more rumors of furthering those deals to include other parts of GE Capital, like its foreign buyout and corporate lending businesses.

As for the second half of Immelt’s giant task, look no further than the Alstom deal GE made back in 2014.

Alstom SA (OTC: ALSMY) is a French-based energy and transportation company. It cut a deal last year to sell its giant power grid division to GE for $17 billion.

The deal would likely have been shot down by European regulators on sight if it wasn’t for Immelt’s wheeling and dealing. The division, you see, is far too large of a business to be owned by a non-French company for that government’s liking.

But from the minute the deal was on the table, Immelt has been in private meetings with the government. Just recently, GE announced that it is close to finalizing that deal. In fact, its latest move to divest some of the assets that would come with this arrangement – such as its gas turbine business and certain intellectual properties – could put this deal over the top. We should know the outcome by the end of the current quarter, when the EU regulators will finish their investigation.

No matter what happens with these individual moves – either the potential financial arm selloff to companies like Wells Fargo or the industrial assets purchase from Alstom – it’s clear that GE is taking big steps. And those steps look like they are in the right direction.

As this latest quarter tells us – as well as the company’s guidance for the rest of the year – it can be both a changing company AND a growing one.

Right now, GE looks cheap. Its share price has remained flat over the last two years despite its growing earnings and dividend. Now’s a great time to build a position in one of the world’s oldest, largest and safest businesses.