Call it obstinacy, call it wishful thinking, call it stupidity because all apply. For years, I believed that master limited partnerships (MLPs) were a legitimate source of high-yield income. I believe no more. 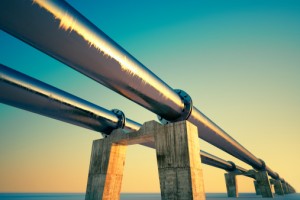 The epiphany, occurring embarrassingly late in life, was similar in magnitude and effect as the moment you realize that the perfected human, the love of your life, is in reality a two-timing conniver possessing the loyalty and moral rectitude of an octogenarian-swindling con artist. Perception shifts immediately from black to white.

The perception now is that the MLP construct is idiotic.

At first glance, the construct appears reasonable enough. A business can form as an MLP as long as 90% or more of its income is derived from IRS-qualifying sources: exploration, mining, extraction, energy transportation, refining, and marketing.

And Now, the Rest of the Story

It appears as if everyone’s ducks are aligned. What can possibly go wrong?

It’s all sunshine and 75-degree days as long as the price of the commodity behind the MLP remains either elevated or adheres to a northeasterly trajectory. It never does. Commodity prices are, and always will be, volatile.

Even a cursory glance at a price chart reveals oil that trades at $100/barrel in one year can trade at $40/barrel the next (as we saw in 2014/2015). And as so many MLPs have proven over the past year, as the price of the commodity goes, so goes the income and the distribution to unitholders. And as the distribution goes, so goes unit value, because all the value resides in the distribution.

The examples are as numerous as they are depressing.

Calumet Specialty Products LP (NASDAQ: CLMT), a refiner and specialty lubricants manufacturer, continually increased its quarterly distributions from 2011 through early 2013. As the distribution rose, so rose the unit price, doubling to $40 from $20.

Calumet, a downstream energy MLP, is but one example. Flotsam and jetsam are found all through the energy flow. Much of it is concentrated in the upstream operators — the exploration and production partnerships, which is no surprise. These  partnerships are most exposed to energy-price volatility.

The midstream operators — namely the pipeline partnerships — were believed to be less exposed to direct commodity prices than the downstream operators. I suppose that’s true, but it still hasn’t prevented even the best partnerships from cutting their distributions. Plains All American Pipelines (NYSE: PAA) has seen its units cut in half after reducing its distribution. Energy Transfer Partners (NYSE: ETP) maintains its high-yield distribution only because the general partner channeled its incentive distribution rights to unitholders.

Pipeline giant Kinder Morgan (NYSE: KMI), once the exemplar of the MLP model, was forced to abandon the model and its high-yield distribution. It’s now organized as a regular C-corporation. The units once traded near $45; the shares now trade near $20. Yes, Kinder Morgan pays corporate taxes now, but it also keeps something in the till for the inevitable rainy day.

Over the past year, I’ve purged the High Yield Wealth recommendation list of all  MLPs, except one. Call it melancholy longing or thick-headedness, perhaps both spring eternal, but I retain one MLP — a downstream partnership focused on fuel-marketing and retail. It’s high yield and it makes money whether oil prices are low or high, so I believe.

That said, this MLP is on a short leash. If I get whiff of a spoiling distribution, this MLP will be excised from the High Yield Wealth recommendation list within a New York second, and it will be excised with the distinction of being the last MLP to grace the list.