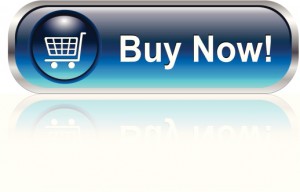 New TrueView YouTube ads will allow advertisers to feature product information and a click-to-buy button all built into a video advertisement.

In testing the new TrueView ads, one advertiser reported seeing “a 3X revenue increase per impression served when compared to previous campaigns.” Even a fraction of that success would make the Google buy button incredibly lucrative for the advertising giant.

Considering that the Google buy button will give consumers one-click access to purchasing items through Google, it seems to be a direct shot at Amazon.com’s (NASDAQ: AMZN) massive online retail business. Presenting the Google buy button next to search results that might otherwise lead a user to an Amazon site could dramatically change the relationship between Amazon and Google, creating competition where there was once mutual benefit.

The move comes just days after Wal-Mart (NYSE: WMT) fired its own direct shot at Amazon. Wal-Mart announced its own version of Amazon Prime, in which costumers gain access to unlimited shipping from Walmart.com for just $50.

Of course, unlimited shipping is only one part of Amazon Prime. The service also includes photo storage and unlimited streaming from a large library of videos and music, as well as a library of books available through Amazon’s Kindle e-reader service. Nonetheless, Wal-Mart’s unlimited shipping service is seen by many as a potential threat to Amazon’s booming business.

Frankly, I think consumers should be much more concerned about the Google buy button capturing what might otherwise have become Google-search driven Amazon business. Wal-Mart appears to mistake the reasons for which Amazon Prime is successful, assuming it must be the result of free shipping. I believe Prime has fostered a loyalty that stems from the service feeling almost like a membership in a shopping club.

While Wal-Mart’s unlimited shipping offer might do nicely, I doubt it will be the result of Prime customers leaving Amazon.

The Google buy button seems to pose a credible threat to Amazon because of its potential to disrupt some of the traffic that is currently funneled into Amazon.com. Time will tell how – and even if – the change will benefit Google and hurt Amazon.

DISCLOSURE: I personally own shares of Wal-Mart.