Shares of the social media company Twitter (NASDAQ: TWTR) are down close to 20% over the last week. 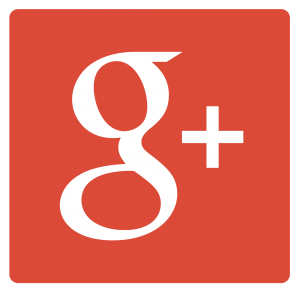 Is this the gift that could keep giving? It may well be, for Google (NASDAQ: GOOGL) at least.

This isn’t the first hard selloff we’ve seen from Twitter. Shares briefly traded around $30 a share a little over a year ago before rallying to nearly $55 in just four months.

Our own Larry Meyers highlighted Twitter as a Google buyout candidate in April. Since then, shares have gotten enticingly cheap and are now at all-time lows.

What’s had investors frantically hitting the “sell” button is the worry that Twitter’s user growth is plateauing, not to mention the continued struggles for figuring out monetization. In particular, monthly active users were up just 3% to 316 million in the second quarter. But Twitter’s own comments that investors shouldn’t expect marked user growth anytime soon was the real dagger.

Twitter doesn’t have a permanent CEO, so the company is in no man’s land in that respect. Yet, it’s still innovating. The rollout of a news tab may help Twitter compete against Facebook (NASDAQ: FB) in the news consumption space. Twitter is also rolling out “buy now” buttons as well.

Taking a page from Facebook is a positive. Facebook has proven that it has more utility than other social networks. Becoming relevant to more users and to companies is a must. Let’s not forget that Google also owns Vine and Periscope. Again, these are two popular apps; Google has yet to figure out how to fully integrate and monetize them.

Periscope remains intriguing, tapping into the live video market market. Can Periscope be for Twitter what Instagram is for Facebook? It’s certainly a possibility. Again, it seems like Twitter has too much to worry about, including pleasing Wall Street, to dedicate the time and energy into figuring out what to do with Periscope.

Now, the last time Twitter shares were around $30 a share the stock was trading at close to 12 times sales. It’s now in the single digits, trading at 9.8 times sales. That’s close to half Facebook’s (NYSE: FB) price-sales ratio of 18.

Last week I profiled Google as a potential dividend stock. So, the biggest risk with banking on a Twitter buyout is that buying growth might not be Google’s modus operandi.

But with a $19 billion market cap, Twitter would be a relatively cheap buy for Google, where the tech giant has some $70 billion in cash on hand. For Google, it’s really about gaining some growth to support a potential dividend.

Google, for the longest time, has been hellbent on building growth internally, plowing cash from its sites and advertising into research and development. But, by far, one of its greatest successes has been the 2006 purchase of YouTube. Google paid $1.65 billion for the online video company in 2006, and today its value is estimated at $80 billion.

You have to believe that Google understands the value in buying a built-up social network, especially after the Google+ failure. The company recently announced that it’s scaling back Google+, which was once considered a legitimate threat to Facebook. Specifically, it’s removing the requirement that a user have a Google+ account to utilize other Google services, such as YouTube.

Twitter already has a lot of data and users and could address a lot of Google’s issues in social media.

Google has figured out monetizing traffic and data pretty well. The idea is that Twitter has a large user base with Google’s help it could eventually monetize that, leading to some pretty significant margin expansion.

Google will still need to find a way to grow earnings in order to become one of those illustrious tech dividend stocks. Given Google’s near-$500 billion market cap, buying growth will be the quickest path to juicing its bottom line. At all-time lows, Twitter might be its best opportunity.