Investors don’t always trust Wall Street, but when it comes to these three great stocks, they should. 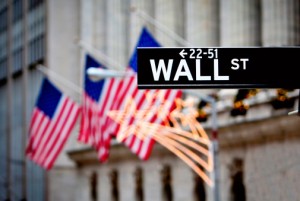 Despite the fact that the market is trading near all-time highs, there are a few stocks that are still offering impressive upside for investors.

What’s more, Wall Street is giddy about these stocks.

But when the majority of Wall Street is screaming “buy”and they are projecting upside of 30%, investors should use caution, right?

In many cases Wall Street is paid by the companies they are researching. Seems like a pretty big conflict of interest. Well, a recent study by three accountants found that stock research reports that were paid for were just as reliable as those not being paid for.

So what are these great stocks that all of Wall Street is giddy about? And no, I’m not talking about Facebook (NYSE: FB) or Twitter (NASDAQ: TWTR).

Rather, they are sound companies that have profitable track records. These three stocks also happen to have some of the best upside potential in the market, according to Wall Street price targets. Here are three great stocks Wall Street has very high hopes for:

For GM, Wall Street has an average price target of $42.50. That’s 28% upside from current levels. But that’s only part of the story. GM also offers investors an impressive 3.6% dividend yield. GM still owns nearly 18% of the U.S. auto market. And to drive future growth, it’s focusing on Brazil and China.

The various vehicle recalls have helped push GM shares down 18% year-to-date. GM trades at a forward P/E (price-to-earnings ratio based on next year’s earnings estimates) of just 7. The industry average P/E (price-to-earnings) ratio is 12.5. Its P/E-to-expected growth rate (PEG) ratio is a mere 0.75. Anything under 1 is considered an exceptional growth at a reasonable price opportunity.

The company has gone gangbusters with its store growth since its 2011 IPO. This has been great when it comes to taking market share from its peers.

But now the accessory and apparel maker’s stock is down 18% over the last three months. This comes as sales in North America (which accounts for 85% of total revenues) appear to be weakening, leading to more markdowns, which could squeeze margins.

However, it’s looking to take the strain off North America by focusing on international expansion. Michael Kors expects to add 55 stores in Europe during fiscal 2015, with that number hitting 200 over the long term.

The company still has plenty of growth opportunities. These include branching out from accessories to jewelry and men’s apparel. Along those lines, Michael Kors expects to add 500 men’s stores and 500 jewelry shop-in-a-shop stores over the long term.

The retailer also has various other initiatives to spur growth next year and beyond. With no debt, Michael Kors is looking to use its strong balance sheet to improve IT infrastructure, boost its distribution capabilities and bring its e-commerce platform under its own management.

Despite being up 45% year-to-date, all 17 of the Wall Street analysts following Delta  stock have a buy rating. The price target is close to $51, putting the upside at 28%. It’s also one of the few airlines stocks offering a dividend, coming in at a 1% yield.

Back in May, Delta Air Lines boosted its dividend payment by 50%. Combining dividends and buybacks, Delta returned $550 million during the first half of 2014. It expects to spend some $7 billion by 2017 to enhance shareholder value.

Delta is also ahead of the competition when it comes to consolidation. It has completed its merger with Northwest Airlines and stripped out $1 billion in structural costs.

For these three stock darlings, the major Wall Street firms sees upside of nearly 30%. Wall Street doesn’t get always get it right, but they are surely on the right track with these three great stocks.