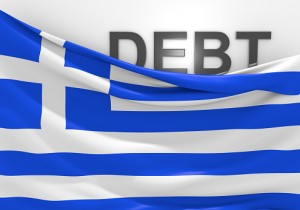 Since its admittance to the European Union in 2000, the Greek government has lied about its finances, floated far too much debt, and overspent on a grotesquely bloated public sector. The Greek government reflects the ethos of Greek citizens. To further underscore their intransigent callow ethos, Greeks voted a quasi-communist party, Syriza, into power this past January.

The Greeks have been in need of tough love for at least the past 10 years. Finally, someone is willing to give them what they deserve.

Greece has been negotiating for debt relief with a triumvirate of institutional creditors – the International Monetary Fund; the European Central Bank and the European Commission; and Germany – for most of 2015.

As the largest and most economically powerful creditor, Germany calls the shots. Germany has had enough. It demands that Greece legitimately reduce government spending and produce a believable plan to reduce its onerous 200% debt-to-GDP ratio. No excuses.

Greece has certainly captured its share of headlines, but this is really teenage melodrama stuff. Greece is a mere bit player on the world stage, with annual gross domestic product just north of $241 billion. In comparison, the United States’ annual GDP is $17 trillion, China’s is $9 trillion, Germany’s is $4 trillion.

Recent stock market action here and abroad would suggest that I hold a minority opinion. Those with larger public platforms are attempting to inflate the Greek debt crisis from a molehill into a mountain. The imminent prospect of a Greek default and EU expulsion sent the Dow Jones Industrial Average down 350 points on Monday.

“Contagion” is the bogeyman forwarded by Wall Street hustlers and others holding Greek and other creaky-country debt. The narrative pushed by the fear-mongers goes something like this: If Greece goes, European bond prices tank, yields soar, and stocks prices around the world plunge. A worldwide recession ensues and we’re all doomed.

To be sure, we could suffer a contagion. But a contagion, more often than not, is a 24-hour stomach virus, not a 1918 influenza pandemic.

Russia defaulted on its sovereign debt in August 1998. Two months prior to the blessed event, the Dow lost 18% of its value, thanks to fear-mongering not unlike today. Less than three months later, though, the Dow had reclaimed all lost turf. A year after the Russian default, the Dow was up 47%.

In December 2001, Argentina defaulted on $132 billion worth of debt – one-seventh of all borrowings of the third-world countries. The Argentina default was a less viral affair. There was a slight sell-off in the Dow in early January 2002, but the index quickly recovered. Of course, the fear-mongers were still fearful and preoccupied with the fallout from 9/11.

As a dispassionate observer, I prefer default and EU expulsion over another toothless referendum and deadline extension. I’d like to see Greece and its enablers punished for their sins. The long-term effect on financial markets would be salubrious: Politicians and investors would know a mommy isn’t always waiting in the wings to extract them from their stupidity.

More mature behavior would ensue. When you know you are likely to suffer the consequences of your stupidity (males 15 to 21 aside), you tend to act less stupid. This is basic common-sense economics, which as we see by current EU events is in depressingly short supply.