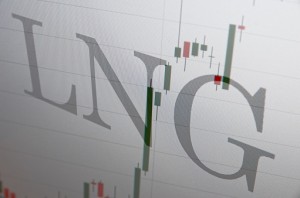 Billionaire investor Carl Icahn is the largest shareholder of Cheniere, which stores and liquefies natural gas for export. He’s been steadily adding to his Cheniere Energy position as the stock has steadily tumbled.

Carl Icahn took a 6.54% stake in August. Since then, he’s upped his stake several times and now owns 12.65% of the company. It’s one of Icahn’s largest holdings and he has two seats on the company’s board.

Icahn is invested at a cost basis of roughly $63 a share. The stock is down 25% from his cost basis and is off 32% year-to-date.

The Icahn bull thesis is based on the idea that Cheniere has a first-mover advantage and the robust infrastructure in place to capitalize on natural gas exports. Cheniere believes it will own nearly 15% of the global natural gas export market by 2025.

Why Chanos Is Short

Shares of Cheniere Energy went from $5 to $85 in just 3 ½ years from 2010 to 2014, driven by the shale gas boom in the U.S. and the fact that Cheniere capitalized on the rising demand of LNG, namely from Asia.

But Jim Chanos has called the LNG industry a “looming disaster” as demand has stopped growing. In particular, demand from China is falling as the economy there has begun to falter. China and India have accounted for about three-quarters of the incremental growth in the LNG market over the last few years. However, LNG imports in China are down 15% over the last year.

Then there’s the fact that with oil at multi-year lows, countries are trading in natural gas for oil as a fuel for power plants, putting further downward pressure on natural gas export demand.

All of this is leading to oversupply in the LNG market.

One positive that bulls point to at Cheniere is that it doesn’t have any inherent exposure to natural gas prices, since its take-or-pay contracts allow it to get paid a margin on top of market gas prices for its services – i.e., storage and transportation. However, the price of natural gas does impact contract renewals and financing for facilities.

Cheniere also needs the price arbitrage – low natural gas prices in the U.S. versus higher prices in other parts of the world – to continue. Without that, exporting isn’t as profitable.

Cheniere Energy has nearly $14 billion in debt, compared to its $11 billion market cap. By the time the company is done building out its infrastructure it could have as much as $30 billion in debt and be on the hook for $2 billion a year in interest payments.

Cheniere only generated $270 million in revenues over the last 12 months. It has negative earnings and negative cash flow. Cheniere has likely played a dangerous game with its push to take on debt to build out its infrastructure.

Let’s not forget that Icahn has had troubles in energy of late, with investments in Chesapeake Energy (NYSE: CHK) and Transocean Ltd. (NYSE: RIG), which are down 33% and 73%, respectively, over the last year.

The headwinds for Cheniere seem to outweigh any potential rewards it will reap from being the first-mover in the LNG export business. Its large debt load should strain the company as global LNG export competition continues to rise and the market remains at overcapacity.

So stay away from the Chenieres of the world. And in the meantime, hitch your wagon to safe winners that aren’t struggling under debt and with negative earnings. You can find some of the very best right here.