Investors are understandably wary of the oil and gas MLP space. It is not hard to understand why, as energy MLPs were counted on for consistent distributions. But many MLPs had to cut or suspend their payouts over the past year, due to the collapse in oil and gas prices. 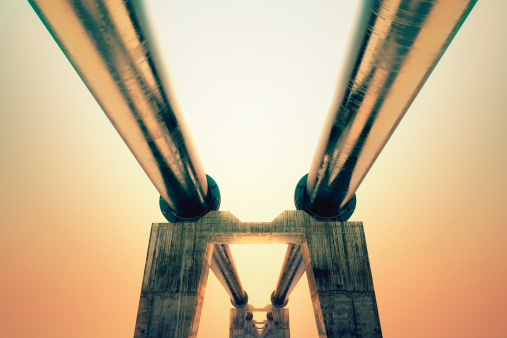 While it is important to remember that no distribution is ever guaranteed, there are still high-quality MLPs that have continued to raise their distributions over the past several months. The following three high-yield MLPs should be considered blue chips in their industry. They reward investors with high yields and steady distribution growth.

Shell Midstream is a growth-oriented MLP. This means that it focuses on growth of cash flow and distributions, rather than providing investors with a sky-high current payout. So while it may not have the highest yield around—its current distribution yield is 3.8%–it makes up for this with strong growth.

The reason for Shell Midstream’s high distribution growth rate is because of its strong asset base. Distributable cash flow rose 17% last quarter, despite the pressure of low commodity prices. It covered its distribution by 1.4 times, which implies sufficient coverage.

Enterprise Products’ operating profit increased 3% over the first half of 2016, year over year. Distributable cash flow is up 4% in the same period.

This growth allowed Enterprise Products to raise its distribution by 5% year over year. This is the 58th distribution increase since Enterprise’s 1998 IPO, and its 49th consecutive quarterly raise.

The stock has a current yield of 6%, which is approximately triple the average dividend yield in the S&P 500.

Magellan Midstream owns the longest refined petroleum products pipeline system in the U.S. Its huge network of assets gives the company access to nearly half of U.S. refining capacity. Magellan has storage capacity of more than 95 million barrels of petroleum products such as gasoline, diesel fuel and crude oil.

Magellan’s distributable cash flow increased 7% last year, which set a record for the company. It is seeing good results this year as well. Operating profit in its major refined products segment increased 20% last quarter, thanks to higher transportation and terminals revenue. In addition, shipments grew 4% year over year, driven by strong gasoline demand.

The company recently increased its quarterly distribution by 10% from the same distribution last year. This increase was the 58th since its 2001 IPO. Magellan expects 10% distribution growth this year, and 8% growth next year. It intends to maintain a distribution coverage ratio of at least 1.2 times in both years.

Magellan has a 4.8% forward distribution yield. This is more than twice the average dividend yield in the S&P 500.

Oil and gas prices still remain well below their 2014 highs, but Shell Midstream, Magellan Midstream and Enterprise Products continue to grow and raise their distributions. These high-yield MLPs have a resilience is due largely to their fee-based operating structure. Their assets run similarly to toll roads, in the sense that they collect fees based on volumes transported.

This helps them continue to generate cash flow, even when commodity prices decline. In return, they offer distribution yields two to three times the average dividend yield in the S&P 500.