A couple weeks ago, Charlie Munger, vice chairman of the board of directors at Berkshire Hathaway (NYSE: BRK.a), caused a minor contretemps when he said during a CNBC interview that "I think civilized people don't buy gold." Instead, according to Munger, "they invest in productive business."

Munger's opinion inspired a flurry of commentary – both pro and con. But regardless of your stance on gold, you must concede that Munger's timing was impeccable – as so often are the actions and utterances that emanate from Omaha, Nebraska. Since Munger voiced his controversial opinion on May 4, gold has sunk nearly $100 an ounce. 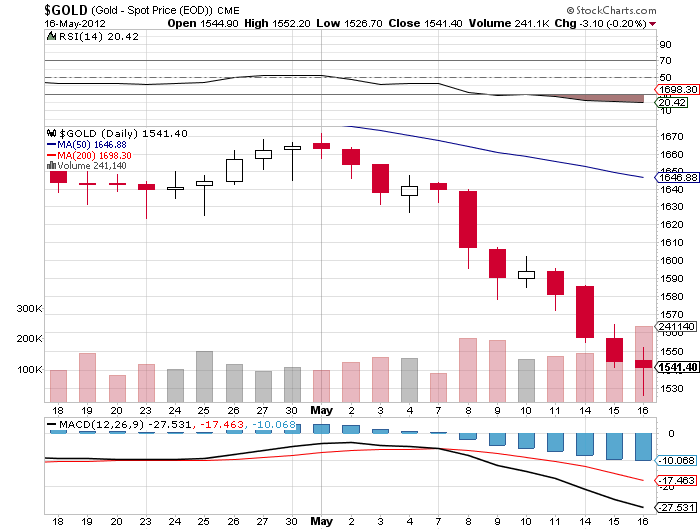 I'm unsure why Munger tangled civility with gold. Perhaps he was channeling the ancient Spanish explorers – Balboa, Ponce de Leon, and Cortez – who were more obsessed with inflating the money supply (searching for gold) than exploiting the New World's vast wealth-producing resources: its timber, minerals, spices, plants, and animals.

Of course, gold has no relationship to civility. Civilized people buy gold, and they buy for very good reasons. Gold is private-market money. Gold is a store of value. Gold helps maintain purchasing power when government debases and inflates the fiat currency, as the Federal Reserve has done with reckless abandon since late 2008. 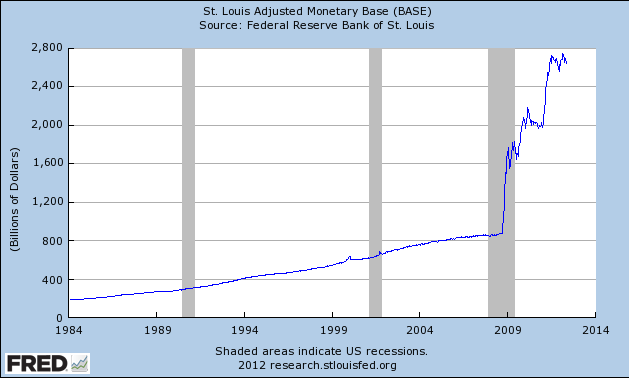 That said, gold isn't currency in most economies. Gold must be converted to fiat money for most business transactions. In other words, to buy something, you must use fiat money, such as the dollar. Gold is further hampered as money because you can't pay taxes with it and any appreciation measured in the fiat money is taxed.

Munger's assertion that gold is an unproductive asset is true. When you hold gold you are basically maintaining your purchasing power. Gold, or any money, does not create wealth.

Warren Buffett, in a February Fortune magazine article, states his desire to invest in productive assets, as opposed to gold. Buffet offers a cogent, persuasive argument for his preference:

A century from now the 400 million acres of farmland will have produced staggering amounts of corn, wheat, cotton, and other crops – and will continue to produce that valuable bounty, whatever the currency may be. ExxonMobil (NYSE: XOM) will probably have delivered trillions of dollars in dividends to its owners and will also hold assets worth many more trillions (and, remember, you get 16 Exxons).

Over the long term, the price of gold in fiat money will rise with the increase in fiat money supply. If past is prologue, and there is no reason to believe it won't be in regard to money manufacturing, gold prices will continue to rise.

Analysts at Cranberry Capital (hat tip to Paul van Eeden) developed an insightful model that reveals the correlation between gold prices and money supply (defined as currency, demand deposits, small and large time deposits). The graph below shows the average annual fair value for gold in dollars since the United States abandoned the gold standard in 1917. Both tend to rise over the years as money supply rises, though the actual average annual gold price is more volatile. 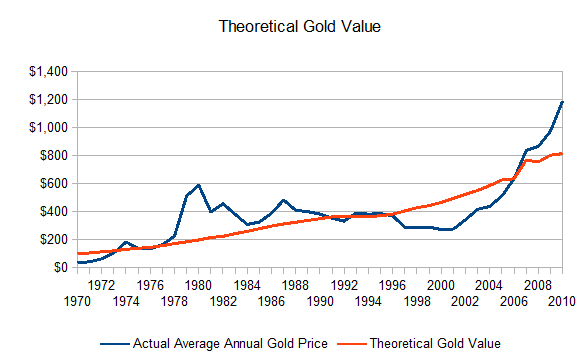 Therefore, I think it's wrong to say "investing in gold." The word "investing" should be reserved for the process of allocating your stored valued (gold or fiat money) to assets that compound wealth over time.

Many of the stocks in the High Yield Wealth portfolio are similar wealth-compounding investments, particularly such dividend-growth stocks as Altria (NYSE: MO), McCormick & Company (NYSE: MKC), and the others that increase their dividends year after year. Rising cash distributions to you not only helps maintain your purchasing power, they also produce price appreciation in your underlying assets, leading to returns far in excess of money inflation.

In short, buy gold to maintain your wealth. But invest in productive assets to increase it.