There’s a great dictum Warren Buffett made in 1999 on the subject of small-cap stocks. He said:

“If I was running $1 million today, or $10 million for that matter, I’d be fully invested. … It’s a huge structural advantage not to have a lot of money. … The universe I can’t play in has become more attractive than the universe I can play in. I have to look for elephants. It may be that the elephants are not as attractive as the mosquitoes. But that is the universe I must live in.” 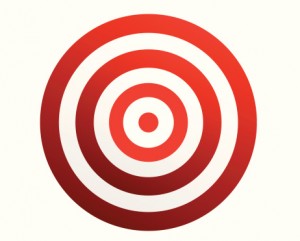 I’ve always remembered this quote, because Buffett’s essentially saying that he can’t buy small-cap stocks (mosquitoes) because he has too much money. He’d move the stock price too much. So he has to buy large-cap stocks (elephants).

Unfortunately, most of us don’t have that problem. We can hunt mosquitoes all day long.

These days, the hunting is challenging. The severity of this market decline can clean you out if you’re trying to move in and out of stocks. It’s far better to stick with a long-term strategy and not do anything too drastic.

As a growth-stock investor, and a regular investor in small-cap growth stocks in particular, I tend to view market corrections as buying opportunities. Sometimes it doesn’t work out well in the short term, of course.

But that’s why you never do anything too drastic. Buy a little here, take some gains there. Don’t overdo it. Use a mosquito gun. Not an elephant gun.

If you look back in time you’ll see that nearly every market correction in history represented a buying opportunity for long-term investors. Obviously your perspective is different if you’re not in the market for the long term. But I’ll leave that subject alone since I’m in it for the long haul, so that’s the platform I’m speaking from.

Right now, the trend is down. For the moment at least.

The pace of this market decline makes it tough to ascertain where things will go in the next minute, let alone the next week or month. You know this already of course. But a move like the one pictured below in the two-year chart of the S&P 600 certainly drives home the point that in the short term at least, mosquitoes can be pretty irrational.

Long term, of course, the trend is up. And for most growth investors, that’s what matters.

The market correction we’re in the midst of now feels pretty rough. Small caps are down around 11% from their 2015 high, and they’re off 4.5% year-to-date. The five-year chart below shows a few of the corrections we’ve had since the financial crisis-induced crash. As you can see, we’re due.

There’s more downside risk, of course. But the market will always come back at some point. Ever the opportunist, I start looking real hard at the companies I’ve wanted to buy when the market does what it’s doing now. That’s not to say that I don’t have reservations about buying stock right now. That’s only natural (and logical).

But nevertheless, a stock that looked attractive two weeks ago looks a heck of a lot better after a 10, 20 or 30 percent drop. Assuming no fundamental flaw in the long-term story, of course.

So what looks good in the growth-stock and small-cap arena today?

Many of the companies that I’ve mentioned over the past couple of months are looking good.

U.S. Concrete (NASDAQ: USCR) has come down 13.5% off its 52-week high. Despite the big rally in August, this $725 million market cap company hasn’t seen shares break their 50-day moving average (represented by the blue line in the chart below). I wrote about U.S. Concrete on July 11 and July 20, so you can get more details on this stock here and here.

In the mid-cap arena, Dunkin’ Brands (NASDAQ: DNKN) has come in quite a bit. The stock is trading at around $51, which represents a 10% decline from its recent high. You can read my article on Dunkin’ Brands here. The stock did break its 50-day moving average, but has thus far held its 200-day moving average. That’s an achievement that a lot of growth stocks can’t claim right now.

And of course, there is the S&P 600 small-cap index, which you can buy very easily too. I just praised the attributes of the iShares Core S&P Small-Cap ETF (NYSEArca: IJR) last week. You can get a few more details on that ETF right here.

When the stock market gets as wild as it’s been lately, the average investor isn’t thinking about loading up on small-cap stocks. And to be honest, I wouldn’t advise that approach either.

But certainly, it’s well worth pulling out your mosquito gun and tracking down a few of the good ones. Especially in this type of environment, many small-cap stocks will be overlooked by much of the investment community. And when funds and money managers start buying again, they’ll drive share prices higher quickly.

This is the scenario Warren Buffett was referring to in that quote from 1999. Knowing this, smaller investors like you and me can position ourselves around the big money.

As Buffett’s words suggest, even the world’s greatest investors are attracted to small-cap stocks. The reason is pretty simple. Small caps are massive generators of growth. And that growth is greatest in the early stages of a company’s development.

Stock market corrections are typically the time to buy that growth at a good price. So be careful, but also keep your eyes open. The hunt is on.