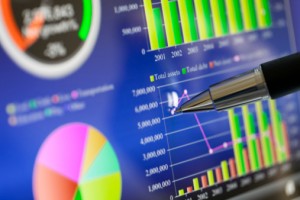 When the opportunity arose to add Icahn Enterprises LP (NYSE: IEP) to the High Yield Wealth portfolio in July, I pounced like Michael Moore on an unattended Burger King Triple Whopper with cheese (1,300 calories, by the way).

At the time, Icahn Enterprises had just hiked its distribution 25% to an annual rate of $5  per unit. The higher payout generated a luxurious 7% yield on the prevailing market price. The chance to invest along one of the world’s greatest value investors and get paid 7% to boot was impossible to pass up.

I can’t say I’ve regretted the decision: In just over four months, Icahn Enterprises has generated a 60% total return for the High Yield Wealth portfolio.

Admittedly, I’m biased. I share an affinity with Carl Icahn: Both of us understand the important role dividends and income play in the wealth-generating process. Long term, dividends account for 40% of the total return generated by the S&P 500. Dividend growth is key driver of share-price appreciation.

“Agitates” frequently means pounding the table for dividends and buybacks. Icahn understands, as do I, cash that flows to investors is what ultimately matters. You’re the investor; the company should be run for your benefit.

Icahn has a 40-year history of successfully pounding the table for shareholder interest. This year alone, Icahn Enterprises has chalked up a number of successes – Netflix (NASDAQ: NFLX), Apple Inc. (NASDAQ: AAPL), and Herbalife (NYSE: HLF). His strategy for Apple and Herbalife, in particular, is to get more cash to investors.

This month, Icahn scored another cash-to-investors success with Transocean (NYSE: RIG), a large offshore drilling contractor. Thanks to Icahn’s large equity position – 21 million shares – and relentless agitating, Transocean will switch to a master limited partnership organization, raise its annual dividend 33% to $3  a share, and reduce its board count to 11 from 14.

Accumulating investing successes is a key reason Icahn Enterprises is up nearly 70% for the year. If we go back 10 years, the accumulation of investing successes becomes even more pronounced: Since November 2003, Icahn Enterprises units are up over 622% compared to 68% on the S&P 500 – and compared to 107% on non-dividend-paying Berkshire Hathaway (BRK.A).

I still like Icahn Enterprises to this day. To be sure, the distribution yield on the current market price – down to 4% – is less luxurious than in July, but it’s still higher than most quality blue-chip investments.

Besides, there are still plenty of companies to which Icahn can apply his value-extracting magic for Icahn Enterprises investors. He says as much himself.

Actually, others can take advantage of these opportunities by investing with Carl Icahn in Icahn Enterprises LP.