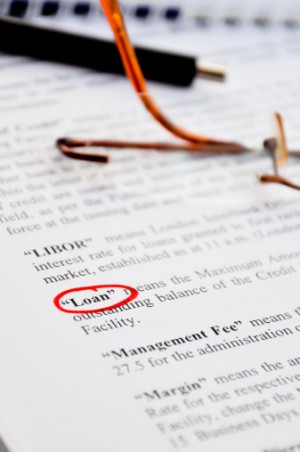 The Obama administration has been engaging in an all-out war against consumer lending. Between the Operation Choke Point bank crackdown and the Consumer Financial Protection Bureau’s rules designed to kill payday lending, the ultimate goal has been to push Americans into getting financial services from … the Post Office. No, I’m not joking.

That only leaves installment lenders, which are companies that make loans of around $1,300 or so for about a year. That’s why the CFPB has targeted the most well-known installment lender, World Acceptance Corp. (NASDAQ: WRLD), which has over 1,000 offices.

To kill World Acceptance Corp., the CFPB issued a civil investigative demand – a broad subpoena that requires a company to turn over every piece of data the CFPB wants.

This is going to be a slam dunk for the CFPB, because World Acceptance Corporation’s business model is so easily labeled “abusive,” as per the bureau’s broad interpretative powers.

According to World Acceptance Corp.’s most recent 10-K filing, its average loan is $1,374 for 13 months, with an average interest rate is 100% APR, and it uses the Rule of 78 to calculate interest. This means that it front-loads the interest such that 34% of the total interest due on the loan is remitted by the borrower in the first two months of the repayment schedule.

World Acceptance then gets 3 out of 4 borrowers to refinance the loan. Borrowers roll the remaining principal (about 84% of the original amount) into a new loan, having collected 34% of the total interest due from the original loan. Then they repeat the cycle. The result is that on an original loan of $1,374, World Acceptance Corp. earns far more than that in interest during the cycle of refinances.

The CFPB hates loan refinancings. The payday loan rules make it clear as day. The CFPB will kill the refinance scheme altogether, and kill the business model for World Acceptance, as well.

The CFPB will nail World Acceptance Corp. on another aspect of its business model: credit insurance. This is a useless product World Acceptance not only sells, but gets borrowers to finance as part of the loan. It’s useless, because a default on an unsecured installment loan does not have any downside to the client, other than the customer being sent to a collection agency.

World Acceptance sells credit insurance provided by a third-party insurance entity, and is paid a commission of 64% of the actual premium itself. A 64% commission suggests that not very many claims get paid out, and that’s likely the case. It’s obvious this is just a way to squeeze consumers for more money.

As mentioned, World Acceptance Corp. finances the insurance premium, which the CFPB has already ruled to be illegal.

The CFPB hates credit insurance so much, and hates when a company sells something that someone doesn’t need so much, that it punches offenders with a sledgehammer. The CFPB didn’t like how Discover Financial Services (NYSE: DFS), American Express (NYSE: AXP) and Capital One (NYSE: COF) sold credit insurance products. It levied restitution payments on the companies of $200 million, $60 million and $114 million, respectively, plus tens of millions in fines.

Expect the CFPB to kill the credit insurance product altogether, which wipes out about 40% of World Acceptance Corp.’s net income, according to its net income statements. Add that to the devastating change in the refinance model, and World Acceptance will no longer be able to operate profitably.

With that taken care of, it’s only a matter of forcing the company into bankruptcy.

The company’s creditors expect this to occur. That’s why its credit facility was trimmed in June, which included an important clause that foretells its doom: “Material regulatory orders will, if not discharged with in 60 days, result in an event of default.”

The creditors know the CFPB will whack World Acceptance Corp., and they will want to collect back the $575 million they are due. When we subtract that amount from the $780 million in receivables it will be able to recover, it will be left with about $200 million.

The CFPB then will assess fines and restitution to credit insurance and refinancing clients. I believe the CFPB will literally take every last dime from World Acceptance, and leave the stock with a value of zero.

If you’ve been following the story, now you know why World Acceptance Corp. “postponed” a $250 million debt placement recently, and why CEO Sandy McLean retired two weeks later, after more than two decades with the company.

I am short World Acceptance stock. If you hold it, you are crazy not to sell it, because nothing will save this company.