The Labor Department released a solid jobs report last Friday, with non-farm payrolls rising by 271,000 and wages rising at the fastest rate since 2009. Does this translate into a December interest rate hike by the Federal Reserve? 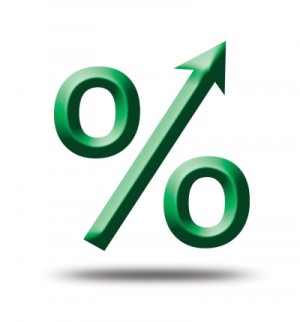 Before we attempt to answer this question, let’s go back a few weeks to the most recent Federal Open Market Committee meeting. Here is an excerpt from the Oct. 28 FOMC minutes:

The Committee anticipates that it will be appropriate to raise the target range for the federal funds rate when it has seen some further improvement in the labor market and is reasonably confident that inflation will move back to its 2 percent objective over the medium term.

Last week’s jobs report certainly falls under the category of “further improvement” and there is a statement elsewhere in the same minutes that “the Committee expects inflation to rise gradually toward 2 percent over the medium term.”

Although the door appears wide open for a rate hike in December, the Fed still gives itself an escape window in stating that “even after employment and inflation are near mandate-consistent levels, economic conditions may, for some time, warrant keeping the target federal funds rate below (normal) levels.”

Therefore, the logical expectation, barring any surprises in the labor markets or worsening market conditions, is that we will see a quarter-point increase in the federal funds rate at the December Fed meeting.

What Fed Committee Members Are Saying

Since the last FOMC meeting – and especially after last week’s jobs report – members of the Fed appear to be publicly telegraphing their signal that rates will be rising:

Although the October minutes, last week’s labor report and the subsequent comments from Fed members appear to reveal that a rate hike is coming in December, a tone that can be described as cautiously optimistic accompanies these statements wherever and whenever they are made.

And while the Fed strives to achieve clarity in its monetary policy, the first rate hike in nine years will not be an easy one to make.

What does all this mean for investors? The best perspective is likely to take the long view and not to take any short-term bets on interest rate-sensitive securities.