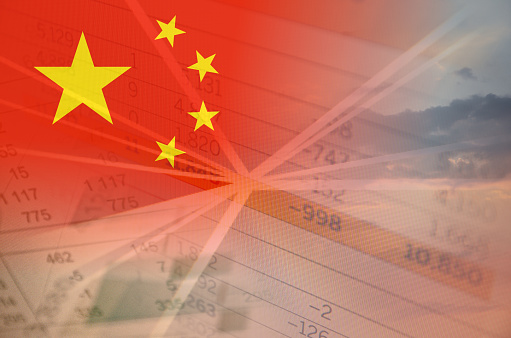 I promised in my last article on emerging markets to look at China in depth. This is the perfect time to do so with China being blamed for Wall Street’s latest stumble.

Wall Street seems to have been caught off guard not so much by what’s happening with China’s economy, but with China’s currency.

Analysts are “shocked” that China has let the renminbi (or yuan) tumble through the 6.5-to-the-dollar level to a five-year low. Shame on any money managers caught unawares by that move.

The move was more clearly telegraphed (in December) to the markets than the Federal Reserve’s intention last year to raise rates. Maybe these high-priced money managers should pay more attention.

But what about China’s economy and investment climate?

Things are changing though in China. It is transforming itself from a manufacturing, export-led economy to one more like the U.S. In other words, a services-led economy.

That means wise investors are looking at non-traditional indicators of the Chinese economy. Forget steel production (which the Chinese admit has permanently peaked) and industrial output. Look at new indicators like online sales, movie box office revenues, and air and rail passenger traffic.

The reason behind the good numbers is simple. The middle class in China continues to grow. And importantly, the lower class is gaining ground rapidly. Incomes for China’s poorest 40% are rising 9% annually, says the Financial Times.

Even though U.S. analysts are still asleep when it comes to investing in China, the Chinese themselves know where to invest.

Since the start of 2013, mainland “old” economy stocks have barely tread water. 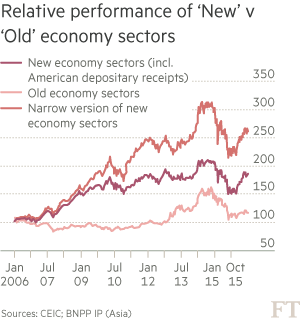 Yet, the “new” economy stocks – led by technology and health care – have soared on average by two and a half times.

Goldman Sachs’ (NYSE: GS) grouping of 20 “new” Chinese stocks showed that revenues climbed 23% in the first half of 2015. The “old” economy stocks Goldman follows showed a revenue gain of a mere 2%.

So even though the U.S. financial media paints China’s economy as an industrial monolith, it is for certain a two-track one.

Unfortunately, most of the best stocks are unavailable to U.S. investors. For example, Korean cosmetics maker AmorePacific is soaring thanks to its booming Chinese business.

But some of the new economy stocks are available here. Prime examples include Alibaba Group (NYSE: BABA) and Tencent Holdings (OTC: TCEHY). An “old” economy stock that is benefiting from the China travel boom is China Southern Airlines (NYSE: ZNH).

China is the only case in the emerging markets where I do not have a problem with investors opting for exchange-traded funds. One ETF focused on the “new” economy is the KraneShares CSI China Internet ETF (NASDAQ: KWEB).

Another possibility is the Market Vectors ChinaAMC SME-ChiNext ETF (NYSEArca: CNXT). The ChiNext is a Nasdaq-style board of the Shenzhen Stock Exchange. But its standards are less stringent than China’s main exchanges, so it is much more speculative and volatile. The index is up 67% over the past year, but well off the bubble high this past summer.

Bottom line: If you want to invest in China, pretend it’s the U.S., even though China still is not a mature market.

When investing in U.S. equities, we don’t focus solely on manufacturing data or how the steel industry is doing. Do the same with China and don’t obsess that some Chinese steel company is going bankrupt or that rail freight traffic is declining.

Yes, the old economy is still important for China. But its future, as in the U.S., lies in the new economy.