Fast food restaurant company Wendy’s (NYSE: WEN) has a checkered history. In its lifetime it has remade itself several times to stay in the mix in a very competitive segment of the restaurant industry.

The company, which was once famous for its wildly successful “Where’s the Beef?” ad campaign in the Dave Thomas years, later found itself facing harder competition against fast food rivals. It’s had to compete against juggernaut McDonald’s (NYSE: MCD), where it failed in the breakfast market, and faced newer competitors such as Chipotle Mexican Grill (NYSE: CMG) as well as other casual dining foes. 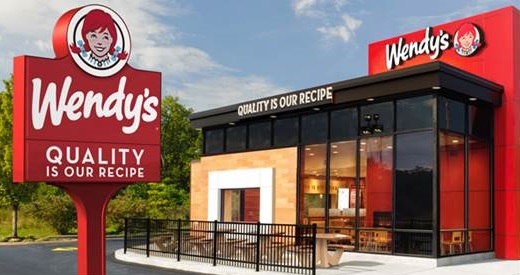 In other words, it’s hardly had a straight line of success.

In the last couple of years, Wendy’s has attempted to remake itself again. It’s created a more varied menu, with upgraded offerings such as its Bacon Portabella Melt on Brioche sandwich and Asiago Salad, to go with its traditional value menu and fresh hamburgers. It’s also working to streamline its business.

Investors want to know if this latest makeover is working.

Wendy’s reported its third-quarter results back in November. These results tell a tale of how the remake is going. Although Wendy’s revenue declined by 20% year-over-year, from $640 billion to $512 billion, this was due to the continuing sale of company-operated restaurants to franchise owners. On an adjusted basis, the important measure of same-store sales increased by 2% year-over-year, and 5.2% over a two-year span.

Despite the revenue drop due to what Wendy’s management maintains is a more efficient company, several measures of earnings were even more encouraging. The adjusted earnings per share of 8 cents equaled the third quarter’s adjusted EPS the previous year, and net income of $22 million was a big improvement over a net loss.

Its guidance for same-store sales for 2015 calls for at least a 3% increase, along with ramped-up growth in adjusted EBITDA in the next three years.

Wendy’s also raised its quarterly dividend from 5 cents to 5.5 cents per share. The company, which has authorized $100 million worth of share buybacks, purchased $13.9 million worth of shares. This, too, is a part of Wendy’s management’s attempt to give shareholder value a high place in its remake.

The whole thrust of the revamped Wendy’s is an attempt at “newer and better.”

Management talks about the “realign, reinvest” program of turning Wendy’s into a leaner, more responsive company. This includes everything from the ongoing revision of the menu, to changing the mix of company-owned versus franchised stores, as well as upgrading the appearance and technology to improve the customer experience and company logistics. Again, it’s all about efficiency and streamlining.

What Wendy’s is trying to do, in addition to physically transforming its restaurants and streamlining its operations, is boldly position its business in a new place. Traditional fast food restaurants have been often been regarded only as “burger places,” such as McDonald’s, Burger King (NYSE: BKW), Jack-in-the-Box (NASDAQ: JACK) and others.

These companies, along with Wendy’s, have worked the diligently at the “value” end or low-price end of the spectrum of the industry.

Then there are the newer, self-styled “casual dining” places such as Chipotle, Panera Bread (NASDAQ: PNRA) and others, which claim higher quality food and don’t mind charging a bit more. Both groups can and have succeeded, though competition is fierce.

Wendy’s, as CEO Emil Brolick said in a Bloomberg interview, isn’t trying to be “the Wal-Mart” (NYSE: WMT) of restaurants, but by retaining both a value approach along with what Brolick maintains is higher quality food and offerings, it hopes to carve a niche somewhere between the two main fast-food spaces.

A Turnaround for Growth

This is really the boldness of Wendy’s remake — a re-branding, and so far it looks as though it’s working.

Investors who want to bet that this will succeed could be interested in buying into Wendy’s. At a recent P/E near 30 and almost $10 a share, it’s a little pricey. Look for a lower entry point, preferably in the $7 or $8 range. Wendy’s would be a tasty investing dish at that price.

The Secret World of “Internet Royalties”