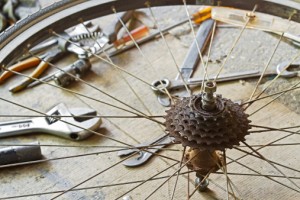 On a drive to Key West last month, my wife and I stopped in Tavernier, a community on Key Largo, to visit a friend of my parents I had known since I was a child.

Bob, as I’ll call him, was a wealthy man who retired to the Keys 15 years ago after living most of his life in the Mid-Atlantic region. To keep busy, he repairs bicycles.

After discussing the ins and outs of bicycle repair, the conversation turned to investing. I never knew Bob was an avid investor, nor did I anticipate his fascinating account of his investing journey.

Bob began his work career in the late 1960s. He soon became a successful printing-services salesman. Unsure what to do with his savings, Bob hired an advisor from a large Wall Street brokerage. The advisor worked on commission, which was the norm for the times.

Unbeknownst to Bob, this advisor was really serving two masters – Bob and his brokerage. The brokerage was behind selling Bob expensive private real estate partnerships and the hot stocks of the day, known as the “Nifty 50.”

Bob continued to work and save. But by the mid-1970s, he was frustrated. He was no further along than when he started: The limited real-estate partnerships were illiquid and had actually depreciated. They were no-win investments Bob realized were simply commission-generating vessels for the brokerage.

As for the “Nifty 50” stocks, they had been priced at such extravagant multiples when Bob’s broker bought them, most had no chance of significant price appreciation for at least a decade (think Internet stocks circa 2000).

Bob then recounted how he took matters into his own hands. For someone who lacked a formal education, Bob was keenly aware of how business operates: Cash flow is king. Why should investing be different?

This is where Bob and I commiserate: Bob said he focused on the cash that flowed to him – namely dividends. He then reinvested these cash flows into profitable investments – the companies that were generating the dividends. Wealth, Bob, explained would accumulate over time.

So Bob changed course: He called his advisor and instructed him to sell the limited partnerships and the overpriced growth stocks – even if it meant taking a loss. He then instructed his advisor to invest the proceeds in three dividend-paying stocks. (That’s right, only three. Bob believed in concentrating his investments in his best ideas).  These stocks were established, with a long history of paying and growing their dividend.

Bob then explained he wanted to reinvest the dividends back into the three stocks. (This was before the wide-spread popularity of dividend reinvestment programs.) But Bob added a twist: He would reinvest the dividends every six months. If the share price were lower than the price that prevailed at the end of the previous six months, he would supplement his dividends with additional money to buy more shares at the lower price.  If the price where higher, he would buy fewer shares.

Bob told me his advisor thought he was crazy. Simply plowing dividends back into stodgy dividend growers wasn’t effective. Besides, such a concentrated portfolio was too risky, the advisor reasoned. The reality was the plan wouldn’t grow capital for the advisor, so it was risky to him.

Instead of fighting, Bob switched. He closed his account and fired his advisor.  He then moved his money to one of the new discount-trading firms that were populating the landscape at the time

Though Bob never made more than a comfortable middle-class income, his strategy of buying a concentrated portfolio of blue-chip dividend growers and reinvesting the dividends allowed him to retire in comfort in the Florida Keys; to live as he wanted, where he wanted.

In short, Bob was ahead of his time. He combined dividend-growth investing with dividend reinvestment to build meaningful wealth. The good news for investors is Bob’s strategy is every bit as effective today as it was back then.