The warning signs were all there for investors to see. 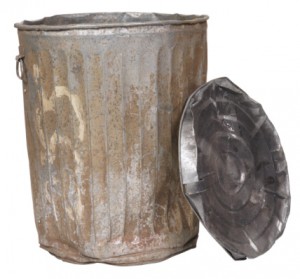 Earlier this year the Bank for International Settlements – aka the central bankers’ bank – warned about the “liquidity illusion” in the credit markets. As did Bill Gross of Janus Capital Group (NYSE: JNS), Stephen Schwarzman of Blackstone Group (NYSE: BX) and Jaime Dimon of JPMorgan Chase (NYSE: JPM).

Activist investor Carl Icahn warned in particular of a bubble building in the high-yield bond market. He said the bubble was fueled by mutual fund companies and ETFs that continued snapping up junk bonds (no matter how junky) while ignoring the lack of liquidity in the issues.

Last week, Third Avenue Focused Credit Fund (TFCVX) closed its door to redemptions. The fund had already lost about 41% of assets under management due to liquidations this year. Third Avenue Management’s CEO, David Barse, has been shown the door.

Third Avenue will now be liquidating its remaining $789 million portfolio bond by bond. The reason? It couldn’t sell its holdings – except at a fire sale price – due to a lack of liquidity in junk bonds, which are defined as fixed-income instruments with a credit rating of double-B-plus or lower from Standard & Poor’s.

This led to junk bonds experiencing their largest one-day tumble since 2011. Junk-bond funds will now show their first annual loss since 2008.

The problem is spreading too.

Hedge fund Lucidus has liquidated $900 million in its credit funds. Another hedge fund, Stone Lion Capital, suspended redemptions in its $400 million worth of credit-related funds. The situation contains shades of 2007, when BNP Paribas (OTC: BNPQY) blocked redemptions on three of its funds.

So what the heck went wrong?

The distress in junk bonds began with the problems in the U.S. energy industry. People long ignored the fact that our shale boom was built on the back of boatloads of debt. Apparently, the Saudis noticed and began the oil price war.

Today, even banking giant Wells Fargo (NYSE: WFC) says there are “stresses” in its energy portfolio of loans. Overall, JPMorgan forecasts the default rate among energy companies will hit 10% next year. That is nearly triple the rate in 2015!

Add to that increased government regulations, such as the Dodd-Frank Act, in recent years driving out many of the players that once provided liquidity in bonds. At the same time, retail investors – thanks to the Federal Reserve’s near-zero interest rate policy – were desperately seeking yield. The amount of money in high-yield bond funds soared from $176 billion in 2007 to $378 billion by the end of 2014.

Combine all these factors and you are left with the current junk-bond mess.

Taking Out the Trash

Carl Icahn said on Friday that “the meltdown in high yield is just beginning.” He’s placed bets on the meltdown, so Icahn is talking his book. But he does have a point.

There’s no doubt that Third Avenue was in the more exotic areas of the junk-bond market. But spreads between Treasurys and junk bonds from all sectors are on the rise and much higher than just 12 months ago. For instance, spreads in the staid utility sector are the fourth highest of all sectors.

This will likely affect hedge funds in the space more than mutual funds. Jeffrey Gundlach of DoubleLine Capital spoke of this when he told Bloomberg, “There’s never one cockroach. There’s never just one portfolio that’s mismarked.”

So what should investors do?

Wait for the inevitable bounce and get out. I do not expect a disaster. But neither do I expect a rapid rebound. The markets, with their lack of liquidity, have changed and not for the better.

Junk bonds will likely be dead money for at least several years. Put your money elsewhere.

Consider high-quality stocks (not most master limited partnerships) that pay a decent dividend – or perhaps a currency-hedged fund that invests in safe foreign sovereign bonds in countries like Australia and New Zealand that pay higher yields than U.S. bonds.