Most investors know by now that oil and gas giant Kinder Morgan (NYSE: KMI) did what was once thinkable, and cut its dividend. Adding insult to injury is that Kinder Morgan didn’t just slightly reduce its payout, it slashed the dividend by a whopping 75%. 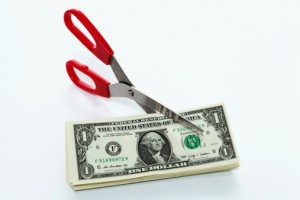 Throughout 2015, Kinder Morgan management tried to reassure investors that its cash flow, and by extension its dividend, were not in jeopardy due to falling commodity prices.

But what the company failed to anticipate was that a recent, relatively small acquisition would have a disastrous effect on its financial position. That seemingly innocuous acquisition set off a cascade of events that eventually led to the Kinder Morgan dividend cut.

The Unforeseen Consequences of the NPGL Deal

It all started when Kinder Morgan announced it would purchase an increased stake in the Natural Gas Pipeline Company of America. Kinder Morgan will pay $136 million to increase its ownership from 20% to 50%. For a company as large as Kinder Morgan, this was fairly small acquisition.

But after the deal, Moody’s reduced its outlook on Kinder Morgan to negative, which placed Kinder Morgan in danger of seeing its credit rating reduced to junk status, which would have elevated its cost of debt financing. That then set off a chain of events that eventually led to the dividend cut. Kinder Morgan getting its credit outlook lowered caused a panic in the equity market, and that caused its stock price to plummet 35% in a week. That effectively shut the door on the equity market as a means of raising capital.

And, since investors were already worried about Kinder Morgan’s credit rating falling to junk status, further accessing the debt market for new capital was no longer a viable option.

Kinder Morgan’s management team is comprised of long-term thinkers. In making the NPGL deal, it probably did not occur to them that such a small deal would have such a profound short-term impact on its ability to access the capital markets.

The loss of income is surely painful for Kinder Morgan shareholders. But now that the dividend has been slashed by 75%, it leaves a lot of financial wiggle room for the company going forward. The good news is that it opens up significant financial flexibility and eases the stress on the company’s financial position.

This year, Kinder Morgan will be able to fund its $4.2 billion capital expenditures, pay $1.1 billion in common stock dividends, another $150 million in preferred stock dividends, and make its scheduled interest payments. This will all be done without having to access the debt or equity markets, and it allows the company to not have to scrap any of its long-term growth projects or sell off any assets.

Are Other Pipeline MLPs in Danger?

The big question for investors in the aftermath of Kinder Morgan’s devastating dividend cut is which domino might be the next to fall. Stock prices across the midstream MLP sector are collapsing, as investors now don’t know whose dividends to trust.

Of course, a strong business model and growing cash flow is what most investors said about Kinder Morgan.

It is very difficult to predict which companies will have to cut their distributions. For what it’s worth, Enterprise Products still looks like it can afford its high yield. The company generated 1.3 times its distribution in distributable cash flow last quarter.

Of the major pipeline companies, Plains All American (NYSE: PAA) could be in danger of a dividend cut. After a brutal sell off last month, the stock now yields 14%, a sign that the market is beginning to price in a distribution cut.

The midstream space looks like a minefield right now. Investors who don’t mind the significant risk could attempt to pick bottoms, but risk-averse investors would probably be best served just waiting it out to see where the dust settles.

If you’re like most Americans, you probably spend upwards of $5,000 at the gas pump every year. That’s a big chunk of change. The good news is, you can put a stop to this gas-gouging right now. That’s because a handful of Americans are now receiving thousands of dollars in “gas rebate” checks every year. What’s more, these checks are mandated by the U.S. government. No joke.

Find out how to claim yours right here.