The peer-to-peer (“P2P”) economy has been bustling for several years now. 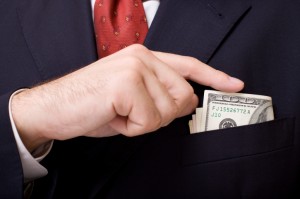 eBay (NASDAQ: EBAY) was one of the leaders in connecting people and since it emerged,  P2P has spread beyond e-commerce to housing, cars and even money.

Zillow (NASDAQ: Z) and AirBnb have changed how people sell and even rent their homes. Uber, the ride sharing app, needs no introduction, and its chief competitor Lyft is getting in on the driverless car movement.

When it comes to sharing money, LendingClub (NYSE: LC) has managed to grow itself into the No. 1 player in the P2P lending industry. But the poster child of the P2P movement continues to have its share of problems. That’s reflected in LendingClub stock. Its shares are down 80% from the price of its December 2014 IPO.

Still, it’s too early to call the P2P movement dead, especially when it comes to the lending industry.

The big issue for LendingClub is its investigation by regulators looking into allegations that it falsified documents when it was selling a $22 million loan package to investors.

Founder and former CEO, Renaud Laplanche, resigned this month. The Department of Justice has launched an investigation into Laplanche’s departure and the New York state financial regulator is investigating the company’s business practices, which includes the interest rate it charges consumers.

LendingClub is, however, trying to get out in front of the problem. The company has hired Jefferies to help it find new investors for loan funding. They could include Apollo Global Management (NYSE: APO) and Fortress Investment Group (NYSE: FIG).

The biggest problem for LendingClub is still ahead: if it can’t find “new” money to buy the loans it is packaging, it will mean less money to lend out. The recent investigation creates some uncertainty for institutional investors that have slowly been warming up to buying LendingClub loans.

Roots in the Financial Crisis

The lending industry has been reinvented thanks to peer-to-peer lending companies like LendingClub. The emergence of LendingClub and various other P2P lenders was born out of the financial crisis when bank lending was tight and finding higher yield investments was next to impossible.

LendingClub, which grades its notes based on the borrower’s ability to repay, says that the historical returns for loans graded A to C have averaged between 5.25% and 8.57%. And in the current low-yield environment, investors will likely still turn to platforms like LendingClub to get a solid return.

LendingClub did get some support this week from an Asian investment firm, Shanda Group. Shanda revealed that it took a 11.7% stake in LendingClub. That likely makes it LendingClub’s largest shareholder. The P2P lender said the sizable investment further validated the long-term prospects for its business model.

It’s worth noting that LendingClub isn’t a startup, having been around for over a decade. Despite the recent investigation and departure of its CEO, there is still value in the LendingClub platform for the borrowers. The company is flush, with no debt and $900 million in cash. With the selloff, the company’s market value of $1.7 billion is over 50% covered by cash.

Another way to look at it is this: LendingClub’s market value excluding cash is $800 million and it’s expected to generate over $700 million in revenue next year. Other embattled tech stocks, such as Yelp (NASDAQ: YELP) and Twitter (NASDAQ: TWTR), trade at over 2.7 times next year’s sales ex-cash.

In the end, investors would’ve been much better off investing their money on the LendingClub platform than buying the stock, but the talk of the peer-to-peer economy peaking might be premature, especially when it comes to the lending industry and P2P lending. Don’t forget that the size of the consumer lending market is vast, at about $3.5 trillion.

There is still plenty of room for growth at LendingClub as it sorts out the recent hiccups. The big banks and conventional lenders remain very vulnerable as consumers remain wary of them.

Retiree Carlos T. Hernandez is 68. And he never worries about his income — because he’s discovered a way to collect regular “rent checks” worth $459.63… without the hassles of owning income property. How did he do it? And more importantly — how can you start doing collecting this money too? Well, the answer might surprise you.