In December, a Nebraska retailer declared $97 million in “liberty checks.” Another huge payout goes out on April 27 – click here to claim yours. 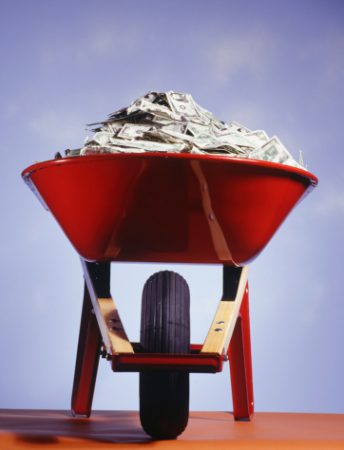 The Nebraska retailer is efficiently run, it’s reliably profitable. It has no long-term debt. Gross margin and free-cash-flow margin trend continually higher. Both closed the fiscal year ending in January at a five-year high.

The business generates cash like few retailers. The cash account stood at $215 million at the end of the fiscal year.

Cash measured in millions might seem a pittance compared to the billions in cash held by Wal-Mart (NYSE: WMT) or Amazon.com (NASDAQ: AMZ). But this Nebraska retailer is small-cap. Its market cap is $1.1 billion.

Unlike Wal-Mart’s and Amazon.com’s cash accounts, the Nebraska retailer’s cash account alone could extinguish all liabilities with change to spare.

And unlike Wal-Mart and Amazon.com, this retailer pays an annual “liberty check” to its shareholders.  The most recent check was paid at $2 per share – letting investors quick earn $930 or more.

The Nebraska retailer is sufficiently motivated to pay “liberty checks.” The chairman owns 34% of the outstanding shares. He benefits as much as, if not more than, the external shareholders.

What’s more, I expect the liberty check payments to increase in the coming years.

The Tax Cuts and Jobs Act of 2017, enacted this December, further enables the Nebraska retailer to pay larger “liberty checks.”

The Nebraska retailer is continually profitable. Most investors prefer profitable businesses to unprofitable one, to belabor the obvious. Continual profitability has a downside, though.

The Nebraska retailer generates no losses it can carry forward to shield income against income taxes. Income is continually subjected to the top income-tax rate.

A Mensa IQ is hardly required to understand the dynamic for income investors: Fewer dollars paid to Uncle Sam translates to more dollars paid as “liberty checks” to shareholders.

You can do even better.

I’ve already unearthed 34 of these liberty check payments. The yields range up to 41% — 20 times the dividend yield of the S&P 500.

My latest liberty check discovery offers a yield 15 times the dividend yield offered by the market. The “liberty check” and its yield are available today.

But there’s a catch.