So far, 2016 is one of the worst starts to any year in the stock market. Through Wednesday’s close, the S&P 500 is down 9.03% on a year-to-date basis. A combination of things have caused the move lower: China’s economic and market woes, the huge decline in oil prices, disappointing domestic economic data and so on.

Regardless of the reasons behind the decline, the S&P moved below the August lows yesterday and that is a little worrisome. The daily chart shows the move yesterday and the low from August being breached. The good news is that the market bounced back sharply off the lows of the day. 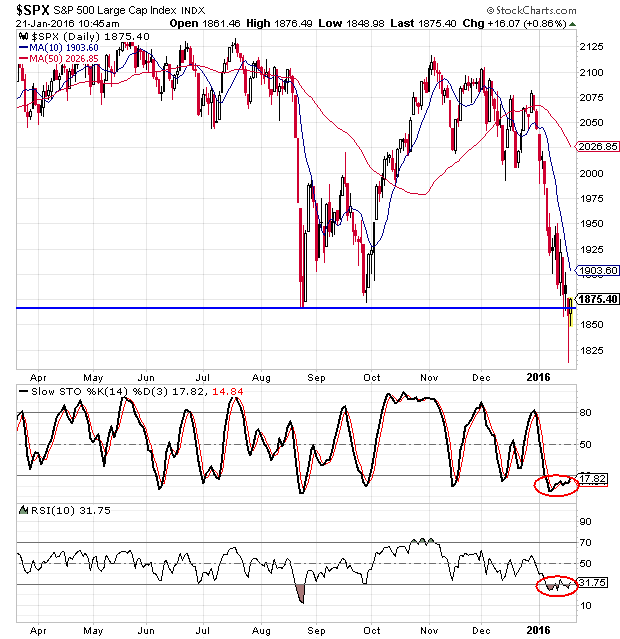 We also see that both the slow stochastics and the 10-day RSI are in oversold territory and have been for some time now. Just from a technical perspective, this could create some buying and move stocks higher, as long as we don’t get any bad news that is more powerful than the technical picture.

The weekly chart shows that the S&P actually moved slightly below the low from October 2014 and flirted with the low from April 2014. The weekly stochastics are closing in on oversold territory in a hurry and the one reading is there with its lowest reading since June 2012. The 10-week RSI is just above the 30 level, which is considered oversold territory. The RSI has only breached the 30 mark twice since the end of the bear market in 2009 and that was in August 2011 and August 2015. 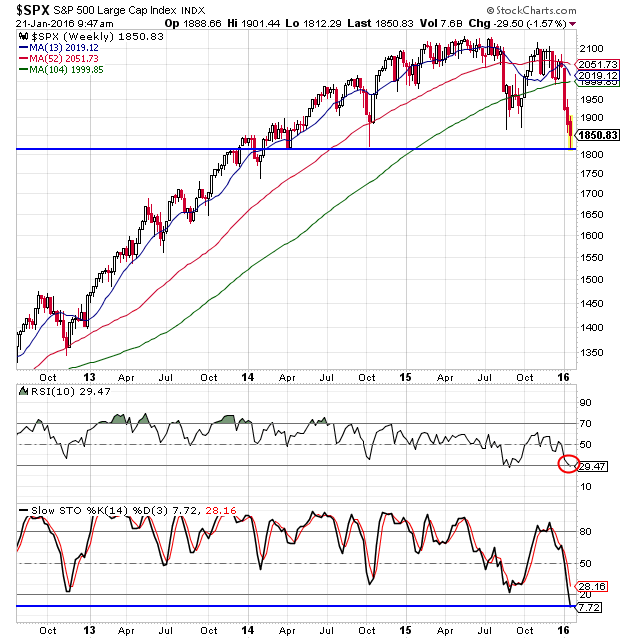 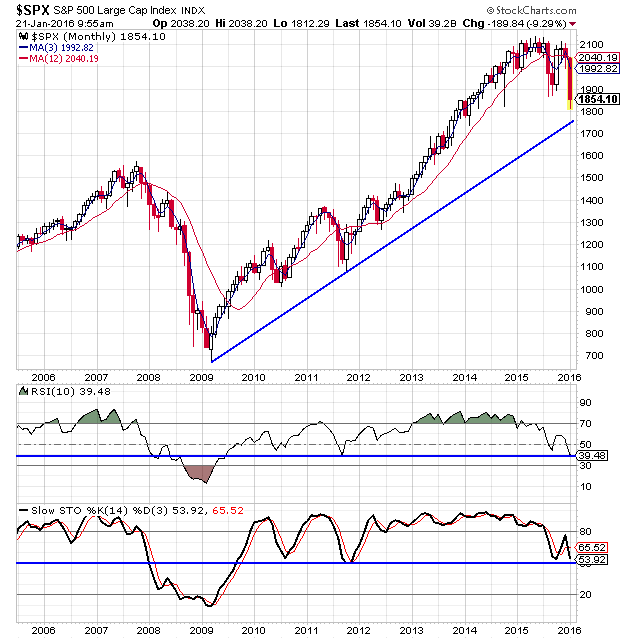 We also see on the monthly chart that the 10-month RSI is just under 40 and that was where it bottomed during the 2011 correction. The stochastic readings are close to the 50 level and that is where they were in 2011.