If I’m anything, I’m a keen observer of the obvious. 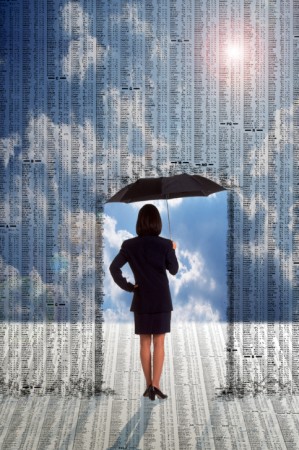 Permit me to demonstrate.

Most stock-investment portfolios have endured a Muhammad Ali-like punch flurry in October.

Large-cap stocks – represented by the Dow 30 Average and the S&P 500 and NASDAQ Composite indices – are down 6% to 8% across the board for October in a market sell-off. Small-cap stocks have offered no defense. The Russell 2000 is down 9%.

The recent hard sell-off invokes more of the obvious: Will the market sell-off  snowball into an avalanche? Is the beginning of a major market correction upon us?

Crystal balls are rarely crystal clear. Most are as opaque as a headlight lens on a 2002 Buick Regal. With that caveat out of the way, from what I see, the answer is “no” to both questions. Here’s why.

The forward 12-month P/E multiple for S&P 500 earnings is at 15.9 based on FactSet estimates. The forward P/E multiple is below the five-year average of 16.3. The multiple was at 17.1 times forward earnings to start the year.

But what if I’ve misread my crystal ball? The market sell-off snowballs into a bear market. What should we expect and what should we do?

Morningstar data tell us that the average bear market lasts 18 months. It produces an average 40% drop in the S&P 500.

To belabor the obvious once again, it’s best to avoid the bear market, but only if you’re assured of returning before the next bull starts its run.

If you return too late, you risk missing the “big pop” days.

Data compiled and analyzed by Index Fund Advisors show that big gains — the wealth-changing gains — are frequently concentrated in just a few days. If you miss even a finger-count of these “big pops,” your returns take a George Foreman-like pounding.

You might argue that timely selling means missing the worst-performing days. You wouldn’t be wrong.

If you had missed the 40 worst-performing days of the S&P 500 Index over the past 20 years, your return would have been 952% more than investors who stayed in the market every day throughout the entire 20 years.

Morningstar data tell us that the average bear market lasts 18 months. Bull markets have averaged 97 months. The start-market bias is up. A glance at a long-term chart of the S&P 500 confirms the bias. 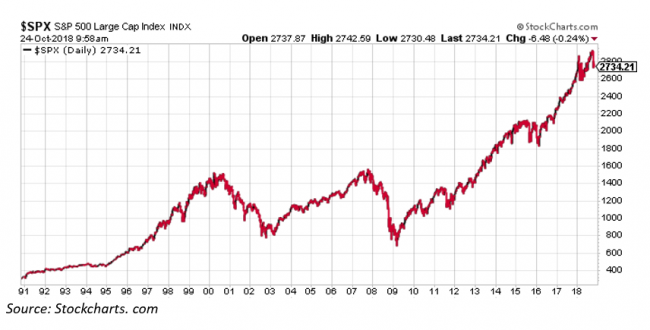 Stocks are biased to rise over time. My bias is to remain invested so that I can exploit the stock market’s bias.