But that was the headline of a Businessweek article from over a decade ago. 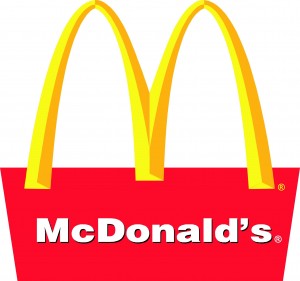 Since that article, shares of McDonald’s have provided investors with a 380% total return (which includes stock appreciation and dividends). That’s nearly three times the total return of the S&P 500 over the same period.

I’d be remiss if I didn’t mention one of the most attractive qualities of McDonald’s, its $3.40 a share annual dividend, which is a 3.7% yield. Compare that to the S&P 500 average dividend yield of 1.9%. Plus, McDonald’s has a 38-year streak of annual dividend increases.

But not all investors are McDonald’s fans.

The key is that this isn’t the first time McDonald’s has faced headwinds and it likely won’t be the last. Recall “Super Size Me,” which took direct aim at McDonald’s and cast doubt over the entire fast food industry. McDonald’s buckled down, rolled out McCafe, and weathered that storm.

There are two schools of thought about the storm facing McDonald’s. One, consumers are trading in “unhealthy” food for fresher and healthier options; and two, McDonald’s, the brand and the image, has lost relevance with the younger generation.

In truth, it might be a combination of the two. Yet, I still can’t help but think back to the early 2000s, when the reports of the demise of McDonald’s were greatly exaggerated.

First, let’s start with the shift toward healthier options. It used to be that there were few alternatives in the fast food space, but tons of McDonald’s restaurants. So you had a cheap and convenient option with limited alternatives.

But now a new category, dubbed fast casual, has taken the dining space by storm. And there’s is no shortage of competition.

These include the likes of Chipotle Mexican Grill (NYSE: CMG), El Pollo LoCo (NASDAQ: LOCO), Potbelly Corp. (NASDAQ: PBPB) and Noodles & Co. (NASDAQ: NDLS) — three of which have completed their IPOs within the last two years.

There’s the argument that people want better quality food and are willing to pay for it. And the market points to Chipotle as verification of this. Net income for McDonald’s is down 14% over the last year, while Chipotle’s is up 21%.

I don’t think McDonald’s issues are limited to the fact that consumers are trading in burgers for healthier alternatives. Some of the other major burger joints continue to perform quite nicely.

The likes of Sonic Corp. (NASDAQ: SONC), Jack in the Box (NASDAQ: JACK) and Wendy’s (NASDAQ: WEN) have all seen their stock prices surge by 30% or more over the last six months. Meanwhile, shares of McDonald’s are down over 3%.

The fact that McDonald’s is one of the few restaurants struggling in the current economy is a positive. It means that the rise of fast casual isn’t killing the burger joints.

McDonald’s still generates a lot money, $27.4 billion in revenue and $4.7 billion in income over the last twelve months. That’s nearly ten times Chipotle. McDonald’s also has a near 16% return on invested capital, which dwarfs any of the other food stocks I’ve listed.

And if you look at the business, it’s a great business to be in; in an industry where market share is highly coveted, McDonald’s still reigns supreme.

But what’s the fix? First is getting back to the basics. Most notably, simplifying the menu, which McDonald’s plans to do.

Billionaire hedge fund manager and founder of Pershing Square Capital, Bill Ackman, noted that “if McDonald’s were run like Burger King, the stock would go up a lot.” Burger King investors have been rewarded nicely over the years thanks to the company’s focus on a simple menu that highlights cheap food.

Then there’s the issue of increasing the quality of its ingredients. That may take some time, but nonetheless should help catch the attention of millennials. McDonald’s is also rolling out customized ordering kiosks, which it hopes will better resonate with the younger generations.

McDonald’s also plans to tailor its menu based on geographical location, tailoring its food more toward local tastes. Geographically customizing its products is something that has worked for Macy’s (NYSE: M) and Bed Bath & Beyond (NASDAQ: BBBY).

Granted, McDonald’s is losing the top-end of the market to those that can afford to eat at Five Guys or  Shake Shack. But the truth is that McDonald’s core business should be about providing fast food at a cheap price, and not trying to compete on the high-end. The majority of its revenues are derived from the drive-thrus. It’s born and bred to be a fast food joint.

In closing, for all you McDonald’s fans, there’s hope. Changing people’s perception won’t be easy, but the key is that McDonald’s has been here before. The industry giant still makes a lot of money and is reasonably priced from a valuation standpoint. And you’ll also get a time-tested dividend yielding 3.7%.