Every media entity is trying to stay relevant these days, from television to newspapers. 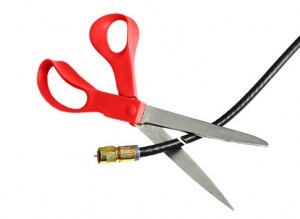 The rise of Netflix (NASDAQ: NFLX) and TV subscription services, such as Hulu and Amazon.com’s (NASDAQ: AMZN) Prime Video, have affected some of the biggest players  in the conventional TV industry.

Stock prices of companies in the space have been hit hard. For example, shares of Viacom (NASDAQ: VIAB), which owns Comedy Central and Nickelodeon, and shares of Twenty-First Century Fox (NASDAQ: FOXA) have each fallen more than 40% in the last couple of years.

But this might be an opportunity for investors, assuming these “old guards” of the media industry can find a new way to appeal to “cord-cutters” and “cord-nevers” — consumers who  are cancelling their cable subscriptions or never signing up in the first place.

Despite all the worry, there’s still a lot of money in the TV business. In the U.S. alone, more than $70 billion will be spent on TV ads in 2016, by some estimates.

Companies like Viacom and Fox still generate a lot of cash and throw it off to shareholders, but their bumpy transitions periods of figuring out how to best bring content to consumers (which may include offering their own online subscription service, something that Disney (NYSE: DIS) might be doing with ESPN ) has scared some investors away.

As investors have cast off these stocks, media companies are now cheap. Some  offer very appealing dividends that can help limit investors’ downsides. Here are the top three media dividends you can buy today:

Viacom is one of the cheapest media companies around, trading at less than 9 times next year’s earnings. You won’t find a media company quite as cheap. It also offers the highest dividend yield in the industry, coming in at 4.3%. Viacom has been the gross under-performer of the industry, down 15% over the last year. Its stock has been cut in half over the last two years.

However, there are a few things to like about Viacom. The company recently revamped its board and has recently made an effort to explore various strategic alternatives. It has even hired Morgan Stanley (NYSE: MS) to review its capital structure, which could include a sale of Paramount Pictures.

There’s also the potential for re-merging Viacom and CBS (NYSE: CBS). So, despite the stock price performance, the company still has a number of catalysts.

Time Warner, which owns TNT, TBS and CNN, is another media company trading cheaply. It’s one of the biggest companies in the industry, generating nearly $8 billion in earnings before interest, taxes and depreciation.

But its stock trades at just 12.5 times forward earnings and it’s paying a solid 2.1% dividend yield. That dividend payout is less than 30% of its earnings.

The key with Time Warner is that it’s not just a TV entertainment company, but also makes films and owns premium-pay TV services HBO and Cinemax. Notably, Time Warner’s HBO is one of the first channels to successfully launch its own standalone online subscription service.

Recall that Fox tried to buy Time Warner last year, but its offer was rebuffed. A mega-merger between the two may still happen, which would make them a formidable foe in the media space with sports and premium cable offerings.

In the meantime, Fox has various cable businesses, but its sports content make it one of the more appealing media properties; there are virtually no alternatives to watching live sports programming.

Fox shares have fallen 10% in the last year and been cut down by nearly 40% since its 2014 high. It now trades at just over 11 times forward earnings. Fox pays a 1.5% dividend yield — which might not seem like much, but there’s plenty of room for growth as that is just a 20% payout of earnings.

In the end, TV is not dead. There’s still a lot of money spent on TV advertising, premium-pay channels and sports programming. The three media dividend stocks above have been hit hard given the success of Netflix and other upstart entertainment companies, but because of that, investors have the opportunity to buy up steady dividends for cheap.