There’s a nice chunk of media stocks that are available in the market, but for the most part, I eschew the sector. 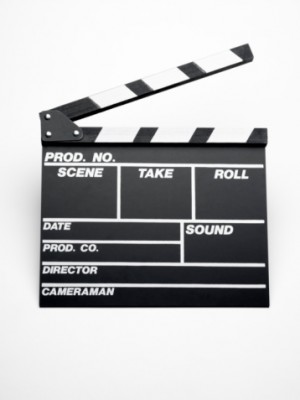 Media stocks are ultimately dependent on content. And content’s performance with advertisers and the paying public is subject to too many whims to make reliable projections about a company’s prospects.

There are, however, exceptions. It is those exceptions that are worth buying into, and I recently added new positions to my thin media holdings because of several important developments.

My longest holding in media has been The Walt Disney Company (NYSE: DIS). The company has so many advantages over its competitors, and has been steered by the smartest people the company can find for over 20 years.

It’s also as diverse a media company as you’ll find. It handles movies, TV, radio, theme parks, cruise lines and has lots tied up in merchandising of all its products. On the film side, it not only produces movies but distributes its own product.

The acquisitions of Pixar, Marvel and LucasFilm have provided the company with enough content to last the next hundred years. I’m not kidding about that.

The result has been a company that has been able to grow consistently and produce tons of free cash flow, even during tough times. It took on a lot of debt to grow, but the interest paid on the debt isn’t that bad, and the cash flow is so amazing that it’s worth it.
So Disney remains a long holding, and it remains a great growth stock.

Another company I’ve been watching for a while is Lions Gate Entertainment (NYSE: LGF). Part of the key to running a movie and TV studio is knowing good content from bad content, and knowing how to market the content you have effectively.

Lions Gate (also known as Lionsgate) has grown from a nichey, horror and arthouse-driven mini into a bona fide major, thanks to franchises like “The Hunger Games” and “The Expendables.” On the TV side, it has “Mad Men,” “Nurse Jackie,” “Orange Is the New Black” and many others.

Lions Gate has good content, is steered by great management, is producing solid cash flow and isn’t making the kinds of stupid mistakes other studios have made. Even better, it scooped up the libraries of other companies, and now has a robust catalog that it licenses out.

I bought in the day I heard that Dr. John Malone of Liberty Media (NASDAQ: LMCA) had engaged in a small stock swap that exchanged shares of Starz (the Liberty Media spinoff) for Lions Gate shares. The move also landed Malone a spot on the Lions Gate board of directors.

Malone only gets involved with quality companies he can make big money from. He sees something in Lions Gate, too. I’m in.

Finally, we have AMC Networks (NASDAQ: AMCX). Initially, I was skeptical about this spinoff from a bunch of assets held by the Dolan Family. They saddled AMC with a lot of debt, and the schedule of programming wasn’t that strong.

However, thanks to the vision of fellow Horace Greeley High School alum Charlie Collier, the network has begun producing and airing outstanding programming. This includes the famous “Breaking Bad” and Lions Gate’s own “Mad Men,” along with the mega-hit “The Walking Dead,” “Better Call Saul” and other smart, captivating programming.

Good content, steered by great management … you get the picture. I bought in.

Outside of these three choices, though, tread carefully with media stocks. No other companies are run as well as these.