From an income perspective, Kinder Morgan (NYSE: KMI) is about as slow and steady as it gets. The oil and gas giant has a long history of gradually increasing its distributions like clockwork each and every year. (There are many more like it right here.) 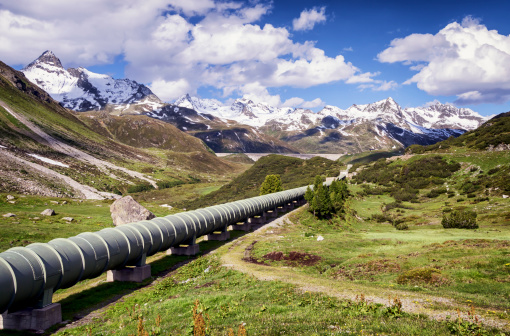 And yet, the stock has not done well so far this year. Shares of Kinder Morgan are down 15% year-to-date, as the collapse throughout the energy sector has taken its toll.

Furthermore, investors have been selling the stock since the release of Kinder Morgan’s quarterly earnings report on July 15, in which revenue and profit came in well below analyst expectations.

But while the headline news looks scary, investors need to take a deeper look. There are several reasons why Kinder Morgan remains a strong company and a leader in its industry, and why its dividend remains secure.

Focus on the Right Metrics

First, investors shouldn’t panic over Kinder Morgan’s profits. It’s true that quarterly net income per share declined to $0.15 from $0.27 in the same period last year. This amounts to a 44% year-over-year decline.

At the same time, it increased its dividend to $0.49 per share, which comes out to $1.96 annualized. Clearly, the company’s earnings per share do not come close to covering its distribution, which is frequently a warning signal that the dividend is in danger.

But investors need to view Kinder Morgan in the proper context. It is in the midstream oil and gas industry. It operates much closer to a master limited partnership than a traditional company, and as a result, should not be evaluated through the lens of GAAP metrics.

A better gauge for the health of midstream pipeline businesses such as Kinder Morgan is distributable cash flow, or DCF. This is a non-GAAP equivalent to earnings per share that excludes one-time items that are not factored into EPS.

On this basis, there is nothing wrong with Kinder Morgan. The company grew DCF by 56% last quarter, to $0.50 per share. And its DCF fully covers its $0.49 per share dividend.

The Benefits of the Midstream Model

Kinder Morgan is growing distributable cash flow and dividends because of its sound business model. This might seem hard to believe, as the huge collapse in oil and gas prices in the United States has crushed profitability for many energy companies.

But again, investors need proper context. Kinder Morgan is a midstream operator. It owns and operates pipelines and storage terminals. Its cash flow is dependent far more on volumes than on prices. While upstream exploration and production companies very much need supportive commodity prices, this is not so for midstream players.

Kinder Morgan operates very similarly to a toll road. It collects fees based on the amount of products it is processing.

Investors Can Count on This Dividend Grower

It’s understandable to be wary of a company that continues to increase its dividend when its profits are declining. Sometimes that’s a red flag that the underlying business is in trouble and management is trying to prevent shareholders from panicking.

But that’s not what is happening here. Kinder Morgan still generates more than enough cash flow to sustain its distribution. The company is growing cash flow, and maintained its forecast for $2 per share in dividends this year. That represents a very attractive 5.5% yield.

Income investors should still believe in Kinder Morgan and its dividend.

No matter where gas prices go – you get paid

Gas prices have been moving down for a lot of the country – thanks to fluctuations in crude prices. So finally, average American’s are getting a little relief at the pumps. However, one group of folks are taking it one step further – and letting big oil companies pay them to fill up. And believe it or not – it’s all part of an exclusive US Government program. And if you’re eligible, you could collect up to $310 in Gas Rebates very soon.

Click here for all the details of this program.