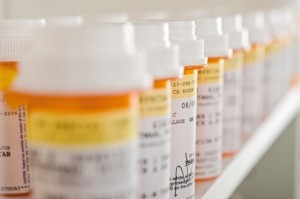 What you may not know is that an even bigger war on drugs is brewing at this very moment. In fact, we could be on the brink of the biggest war on drugs ever.

This new war on drugs doesn’t involve cartels or armed federal agents. Instead, this war on drugs involves a billionaire hedge fund manager, the U.S. Patent and Trademark Office and an industry that generated $750 billion in revenue last year.

Billionaire Kyle Bass declared war against the pharmaceutical industry during a presentation at an investment conference in January.

Bass and his hedge fund, Hayman Capital, are pursuing an investment thesis against certain pharmaceutical companies, companies that he argues are benefiting from what he calls “BS patents” that protect their lucrative drugs. Bass announced in January that his firm has “dedicated half of [its] resources over the past six months” to this investment thesis.

Hayman Capital has adopted what it calls a “short activist strategy.”

“Short” means that he’s betting against a company or group of companies. “Activist” means that his firm isn’t going to simply place its bets and sit back until they pay off. Instead, Bass has assembled a team of lawyers and pharmaceutical industry experts to file challenges against the patents held by the companies his firm is betting against. The team has already fired its first shot.

Bass believes that common industry practices used to protect expensive name-brand drugs from being produced in a low-cost generic form won’t hold up to his challenges against them.

Indeed, the market seems to agree.

Bass filed his first challenge to a pharmaceutical patent earlier this month. News of the challenge – called an Inter Parties Review – sent shares of the target company down nearly 10% in under two hours of trading.

In the official challenge filed with the U.S. Patent and Trademark Office, Bass and Hayman Capital are questioning the validity of one of Acorda Therapeutics’ (NASDAQ: ACOR) patents that protects its popular multiple sclerosis drug, Ampyra.

Considering that Ampyra accounts for 91% of Acorda Therapeutics’ revenue, you can see how a successful challenge would be a huge problem for the company.

The trick to spotting the next stock Bass and Hayman Capital will target is identifying the pharmaceutical companies that have paid generic drug manufacturers to delay their attempts to make generic versions of name-brand drugs. This process is known as “pay for delay,” and Bass cited it as a major target in his war on drugs.

Considering this list includes 10 major pharmaceutical companies, you can see that “pay for delay” is a common practice in the industry. The question is whether or not Bass’ claims are valid and, if so, which stocks will be the most affected.

Bass believes that his war on drugs is in the best interests of us all. “The beautiful thing is this will lower drug prices for everyone,” he said. If he’s right, it will certainly make his firm and its investors a lot of money.

On the other side of his trade, however, are shareholders of the pharmaceutical companies that sit in the crosshairs of Bass and Hayman Capital.

Acorda Therapeutics is just the first target in Kyle Bass’ war on drugs. In fact I doubt that Bass is through with Acorda Therapeutics, considering that his challenge only targets one of five patents protecting Ampyra.

The reality is that all “pay for delay” drugs are potential targets in this new war on drugs and stocks that are highly dependent on these drugs are most likely on Bass’ hit list. Next week I will take a closer look at the 10 pharmaceutical stocks listed above to determine which are the most vulnerable to challenges from Kyle Bass.