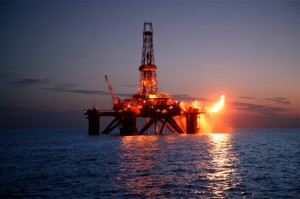 While it might take some investors by surprise, the U.S. is oil rich. The country will take over both Russia and Saudi Arabia as the world’s number one oil producer by next year.

This is all part of the country’s longer-term goal to become energy self-sufficient.

With the help of new drilling techniques and prolific shale plays, U.S. oil production will hit 11.6 million barrels a day by 2020. That’s up from the 9.2 million in 2012.

But given the country’s reluctance to tone down oil imports, for political reasons, and the ban on oil exports, we’re sure to end up with an oil surplus at some point.

The latest news related to the energy boom is that he Department of Energy (DOE) is moving to issue permits to export lightly refined crude oil. This could help the country capitalize on its glut of oil.

Below are the two companies that received permission to export refined oil, known as condensate. This move by the DOE could eventually lead to exports of unrefined oil.

The ultimate lift on oil exports would be good news for countries looking for a reliable source of oil.

The unrest in Iraq is making the U.S. an ideal source for countries looking for a reliable supplier. This would also help decrease the volatility in oil prices should further disruptions occur in the Middle East.

Pioneer Natural Resources is one of only two companies to get the nod to export slightly refined oil. Pioneer is already the third largest oil and gas driller in the U.S. Its key assets are in the fast growing Eagle Ford and Barnett Shale plays. But its asset base is anchored by the Spraberry oil field in the Permian Basin.

This is very good news for Pioneer. The Permian Basin is one of the most lucrative shale formations in the world, already pumping out 1.5 million barrels of oil per day — compared to the Eagle Ford and Bakken shares, which produce around 1 million barrels.

While the Eagle Ford and Bakken Shale production could peak between 2016 and 2020, the Permian Basin isn’t expected to peak until 2025.

This master limited partnership (MLP) offers various midstream services, which includes the transportation and storage of oil and gas. It has been aggressive on the capital expenditure front in an effort to build up its assets.

It spent nearly $1 billion during the first quarter and expects to spend upwards of $7.8 billion through 2016. The key projects expected to come online during this time include the extension of its Seaway crude oil pipeline, expansion of Mid-America Pipeline, and completion of Eagle Ford crude oil pipeline. The company believes it is in the process of developing the best midstream infrastructure in the deepwater of the Gulf of Mexico.

Enterprise Products Partners is also capitalizing on the natural gas liquids market. The key here is to boost its Eagle Ford shale exposure. The MLP plans to expand its gas processing facility in the region to capacity of over 140,000 barrels a day, which will put it as one of the largest NGL producing plants in the nation.

Regardless of whether the DOE allows the all-out export of crude oil, these two companies are well positioned to continue capitalizing on the nation’s energy boom.