United States Oil Fund (NYSE: USO), a major exchange traded fund for oil, is up for the last week, month and quarter of market action. But there is a proverbial bad moon on the rise for oil prices recovering further, with a possible nuclear deal and the removal of sanctions against Iran. As bad as the price fall has been for oil since mid-2014, it could be even worse if Iran fully joins the export market again. 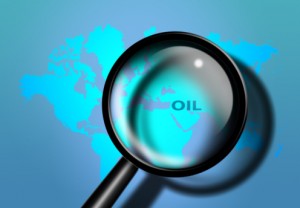 Much is written about potential oil and natural gas reserves located around the world, but Iran is a proven force in exporting to customers across the globe.

At present, Iran exports about 1 million barrels a day to six nations: China, India, Japan, South Korea, Turkey and Taiwan. Before the restrictions went into effect due to Iran’s nuclear program, there were 21 nations buying its oil. At that time, Iran was exporting around 2.5 million barrels a day.

The proven potential of Iran to export 1.5 million or more barrels a day could exert severe downward pressure on the price of crude oil.

As the biggest user of energy, the United States imported about 1 million barrels of oil a day from Saudi Arabia in 2014. That equals about two-thirds the cut in exports for Iran.

There is a major effort in the United States now to export more oil, due to the large amount being produced from American fields. The oil and natural gas market has become so weak that the legendary Barnett Shale formation in Texas and the Fayetteville Shale formation in Arkansas have pretty much shut down.

BHP Billiton (NYSE: BHP) spent $12.1 billion in 2011 to acquire major assets in the Fayetteville Shale and other areas from Petrohawk Energy Corp. The assets were subsequently put on the market due to the bearish outlook for energy, but no buyer has been found for those oil and natural gas holdings. Due to the lack of interest, BHP Billiton recently announced that it was halting operations in the Fayetteville Shale, bringing the rig count down to zero.

Small wonder that the stock price for BHP Billiton is down more than 30% for the last year.

In mid-2008, there were over 200 rigs operating in the Barnett Shale, a formation near Fort Worth, Texas. Recently, there was only one rig in action.

The rig count could increase again, but it is difficult to see how that will happen if exports from Iran flood the global oil market with well over 1 million barrels of crude on a daily basis. Perhaps an omen of things to come, Schlumberger (NYSE: SLB), the biggest producer of energy equipment such as oil rigs, just announced the layoffs of 11,000 employees.

Even with production in major fields like the Barnett Shale and Fayette Shale, output in the United States is still soaring. American oil production has increased from under 5.5 million barrels a day in 2010 to around 9 million barrels at present. It is expected to continue rising strongly due to improving technology. There is now a major effort to allow the U.S. to export more oil.

Economic growth in China, the world’s largest net importer of oil, is at its lowest rate in six years. The growth rate has dropped by about 50% in less than a decade, from about 14% to 7%. The International Monetary Fund projects that economic growth in China will plunge another 10% in 2016 to 6.3%. This slowing growth will only add to the potential for oil prices dropping.

Increasing supply and reduced demand from the major importers is hardly a bullish outlook for the price of crude oil. In addition, Iran needs the money from massive oil exports.

If a nuclear deal is finalized between Iran and the P5-plus-1 nations, it is difficult to imagine Iran not flooding the world’s energy market with substantial sales to make up for lost income. Combined with the unfavorable imbalance in the supply-demand situation, an Iran nuclear deal should result in significantly lower energy prices.