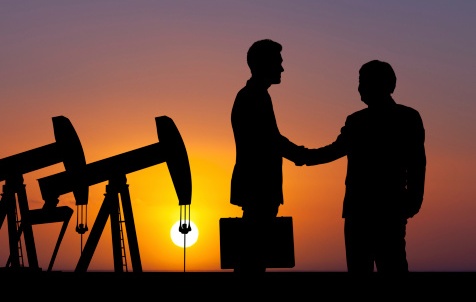 As a long-term observer of commodity markets, I’m amused by the reaction of traders in the oil market to the recently announced oil production freeze.

The agreement between Saudi Arabia, Russia, Qatar and Venezuela freezes oil output at January levels. That was enough to start a celebration in the oil pits.

Almost immediately, an old song title from Dire Straits popped into my mind: “Money for Nothing.”

Traders sent the price of oil soaring on … nothing. The United States Oil Fund (NYSEArca: USO) is up about 5% in the past month, although it’s highly volatile. 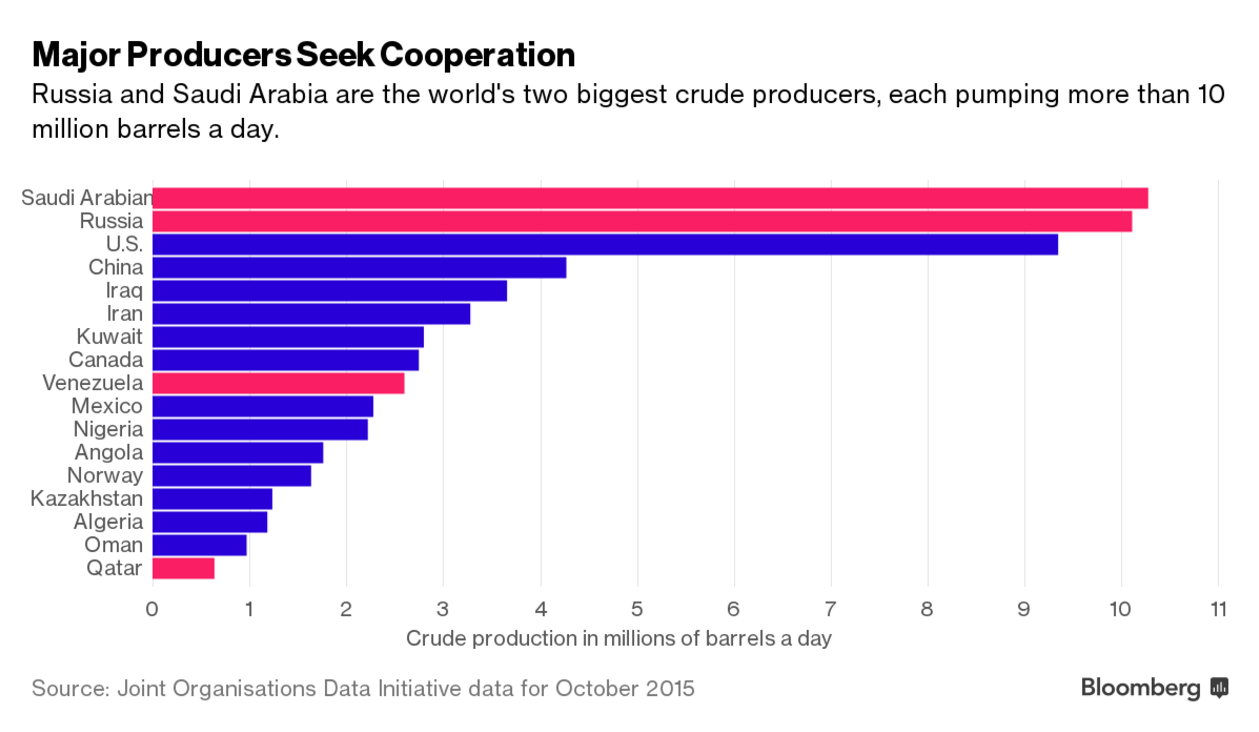 The deal was even contingent of both Iran and Iraq agreeing to freeze their output levels.

Iraq did not commit to a freeze. It only said it was open to cooperating with the other big oil producers.

Iran, of course, is just starting to become a force again after the removal of sanctions. Iran pretty much said that it’s happy there’s an agreement and that it’s getting on with the business of bringing up its production to pre-sanction levels.

Shana, the Iran oil ministry’s news service, said, “Iran will not forego its share of the market.”

And just as recently as January, Iranian oil minister Bijan Zangeneh gave a warning. He said, “The drop in prices won’t be a concern for us. It should be a concern for those who have replaced Iran’s market share.” He can talk big because, despite sanctions, Iran can produce oil for about $10 a barrel.

Iran already increased production by 14% this year. I fully expect Iran to meet its goal of adding 1 million barrels per day of oil to the market by year-end.

The players pushing the oil price higher must think the people running these four oil-producing countries are idiots. I’m sure the leaders in Saudi Arabia, Russia, Iran and Iraq have heard about fracklog.

Fracklog is the term for drilling wells but leaving the oil in the ground while waiting for higher prices. There are now roughly 4,000 such wells in the United States. The U.S. shale companies are just waiting to pounce on higher prices. These wells can be brought online within 80 days.

Andrew Cosgrove of Bloomberg Intelligence estimates that if fracklog were reduced by a mere 170 wells a month, it would add 400,000 to 600,000 barrels a day to the market.

So let me see if I’ve got this right. The Saudis started this oil share war to force out as many other producers as it could. So right when the U.S. shale industry is on the ropes – with lots of possible bankruptcies – it decides to just walk away from the fight?

I may be missing something. But I don’t think so.

The Future of Oil Prices

Where do I see the oil price going? Several factors are at play.

Even if a miracle happens and oil production is cut, there is a big inventory problem. The International Energy Agency estimates inventories of crude and refined products have now climbed to over 1 billion barrels. The IEA forecasts another 1 million barrels a day will be added to inventories this year.

Needless to say, it will take a while to work off this excess supply. The IEA estimates it will take to at least 2017 to balance the market.

Add in the normal cheating by oil producers to any agreed target and high oil output will continue. Already Russia says the agreement to “freeze” its output will actually allow it to increase its production by 1.9% in 2016.

I also still see far too much optimism in the shale patch. Harold Hamm, the CEO of Continental Resources (NYSE: CLR), is a prime example. He sees oil at $60 a barrel by year-end, with American oil production rising again. He seems to be in some alternate universe.

Retail investors are also still very bullish on their shale stocks. The contrarian in me says that means more pain to come – perhaps oil down to $20 a barrel. Even if that does not happen, fracklog will keep prices from going much over $40 a barrel.

One final thought. Those in the oil markets should be careful of what they wish for. Everyone is hoping for a grand bargain between Saudi Arabia, Russia, Iran and Iraq on oil output. Any agreement may turn out to be not good for the U.S. Remember that the common “enemy” of all four is U.S. shale. They may agree to not cut production until shale goes bust.

What should oil sector investors do?

Earlier in February, famed oil tycoon T. Boone Pickens told Bloomberg he sold all his oil positions. He said he is waiting for the “best” moment to get back in.

I’m pretty much in agreement with Pickens. If one must own an oil stock, forget the shale guys.

Stick with the bluest of the blue chips, Exxon Mobil (NYSE: XOM). It is financially strong. And that strength will be useful in picking up distressed assets when they become available. Especially in the light of the fact that in 2015, for the first since 1994, Exxon did not find enough oil and gas to replace what it produced.