The bad news keeps piling on the oil industry. With crude oil prices at their lowest level since 2009, drilling activity is way down. The U.S. oil rig count has fallen to an all-time low, and a planned merger between oilfield services giants Halliburton (NYSE: HAL) and Baker Hughes (NYSE: BHI) has fallen apart amid antitrust concerns. 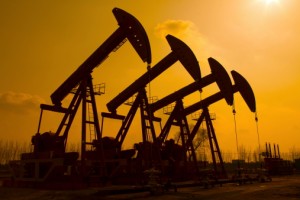 It isn’t pretty, but it could be a buying opportunity for oilfield services stocks. Here’s why.

Oil prices are on the rise. You might not have felt the price hike at the pump yet, but U.S. crude oil prices are now approaching $50 a barrel, up from a low of $28.50 in January. Yes, they are still selling at their lowest price in seven years but they’ve rebounded from the absolute bottom of the barrel, so to speak.

Oil has historically been a cyclical industry and a sustained rebound could serve to swiftly revive drilling activity and the oilfield services companies like Baker Hughes and Halliburton that support them.

Breakup fees following cancelled mergers are not unusual, but breakup fees of more than $1 billion are indeed rare. You can do a lot with $3.5 billion and since Baker Hughes has indicated that it plans to take steps to boost shareholder value, this money could be a way to execute on those plans. Although it has not disclosed specific plans, Baker Hughes now has the cash to complete a substantial stock buyback, which could boost share value.

Competition is limited for the biggest players. Antitrust officials raised concerns about a Baker Hughes-Halliburton combination because of the potential of the joined company for controlling a major share of this business. Combined, Baker Hughes and Halliburton control about 16% of the oilfield services industry. If this is too much market share to allow a merger, it does indicate how this is a pretty mature business with relatively few players that stand to benefit handsomely from a pickup in drilling activity.

Other players may get a break. Schlumberger Ltd. (NYSE: SLB) is another major oilfield services business that competes with Baker Hughes and Halliburton, and could have suffered if their merger had gone through. Schlumberger continues to struggle under the same challenges facing the whole industry, but it has to be breathing a little easier knowing that two of its biggest rivals will not team up after all.

And while all three companies have seen revenues fall sharply since 2013, only two lost money last year. Schlumberger remains profitable, although its profits have taken a hit and are a fraction what they were in prior years.

So, although it is possible to compare the merits of these oil services giants, they might be better seen as a group. This is a group of companies that is down, but probably not out. It’s always darkest before dawn and if the latest oil price rebound can hold, it may be the dawn this industry has been waiting for.