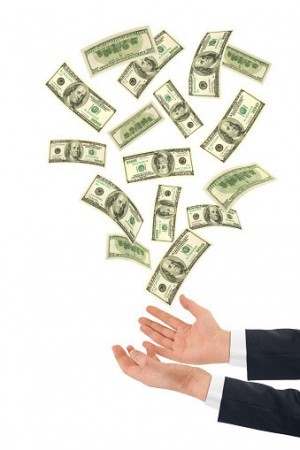 A new, undiscovered strategy could help you increase your immediate income and accelerate the wealth-building process. Collect dividends that yield 12.9% every 21 days. The strategy is simple  ̶  no options, no leverage, no day trading. Anyone can use it.

“Remarkable” is the only word to describe it.

Here we are, nine years into a bull market, and no letup is in sight. Corporate earnings flow at a rate unseen in seven years.

Bloomberg tells us that S&P 500 companies are on pace to grow earnings by 10.7% in the second quarter. If all goes according to plan, S&P 500 earnings will grow 11.2% this year. The S&P will have recorded its best annual performance since 2010.

And what do earnings convert to? Cash.

A torrential flow of cash is a problem most of us would welcome with open arms. But it’s still a problem.

We recently learned that Berkshire Hathaway (NYSE: BRK.b) is swamped with cash — the flow rising to $100 billion at last count. How to drain the cash account flummoxes Berkshire Chairman and CEO Warren Buffett.

Excess cash is a drag on investment returns. Perhaps it’s only coincidence, but as Berkshire’s cash account has swelled, returns on equity (ROE) and assets (ROA) have shrunk.

Dividends  ̶  special and regular  ̶  are the solution.

With so much cash on the books that needs to be drained, dividends provide the relief valve. With some many companies in need of a relief valve, the final months of 2017 could see a surge in dividend declarations.

Political expediency could accelerate the declarations. Cash could flow at a river-raging rate if President Trump has his way.

The benefits of lower corporate income-tax rates are obvious: Companies pay less cash to the Treasury, so more cash remains in the till. More cash in the till means more cash that can be paid as dividends.

But a one-time repatriation tax holiday is the key reform that could lead to a tidal surge.

S&P 500 companies hold $2.6 trillion of cash in foreign countries. They want to repatriate this cash. With U.S. corporate income taxes among the highest in the developed world, they’ll do so only at a discounted rate.

The last time a repatriation tax holiday was offered, in 2004, companies repatriated their foreign cash in droves. Investors enjoyed a dividend bonanza. For every dollar of repatriated cash, $0.60 to $0.92 was paid as dividends.

Swim in the bonanza, but don’t drown.

Focus on the gems hidden in the flotsam. These gems pay one-time dividends that  yield five to 10 times that of dividends paid by S&P 500 companies. The most brilliant gems offer even more: huge profit potential.

Life is short, and money is limited. When the bonanza hits, you’ll want to allocate your money only to the gems.

Ian Wyatt and I will host a free live webinar next week. You’ll learn how to invest in the best one-time dividends for income and profit. You have nothing to lose except the opportunity to invest in dividend stocks as you never have before.