America is facing an opioid crisis . . .

In Colorado, Gov. Jared Polis thinks medical marijuana may be the solution.

One “cannabis DNA” company is creating the perfect cannabis for treating pain. And early investors could earn windfall profits when the company goes public.

Go here for urgent details – before the upcoming IPO.

In Colorado, the governor just signed a bill known as SB19-013.

The law allows physicians to prescribe medical marijuana as an alternative to opioids.

In 2017, Colorado residents received 3.7 million opioid prescriptions. And over 300 people in the state die every year due to opioid overdose.

It’s not just Colorado that’s been hit by the opioid crisis.

Deaths from opioids hit a record high in 2017. And while we don’t yet have data for 2018, totals are expected to set new records.

The Centers for Disease Control and Prevention reports that opioid overdoses in the U.S. jumped 130% from 2010 through 2017. 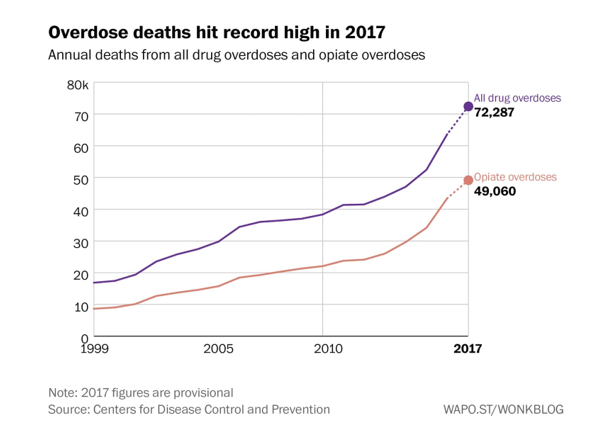 These shocking numbers highlight the urgency of the opioid crisis. And state governments are reacting to the crisis.

Increasingly, they’re turning to marijuana as an opioid alternative.

Specifically, a doctor can prescribe cannabis as a replacement for opioids.

The state’s Health Commissioner explained, “Medical marijuana has been shown to be an effective treatment for pain that may also reduce the chance of opioid dependence.”

Opioids have been overprescribed for years. As a result, more than 11 million Americans are abusing opioids every year.

Doctors have responded by cutting back on prescriptions. And since 2011, the number of prescribed pills has fallen by 29%.

But that’s simply forced addicts to purchase drugs on the black market . . .  or replace pills with heroin.

Medical marijuana is increasingly viewed as an alternative pain reliever. It’s far less addictive than commonly prescribed opioids. And studies show that it can be effective at reducing pain.

The cannabis boom is largely being fueled by excitement for the recreational markets.

However, the medical marijuana business is also booming. The market is expanding every year – with new states legalizing. And physicians are increasingly prescribing marijuana to their patients.

One report suggests that medical marijuana could be an $8 billion market within just five years.

Now’s the time to BUY America’s best cannabis stocks. And 21 new IPOs are getting ready to start trading within the next 90 days.