One of the most popular income strategies among all investors is, hands down, the covered call strategy. Buy a stock, sell call options against it. By selling call options against your shares of stock you can lower the cost basis of your stock or simply use the call premium from selling the options as a source of income. 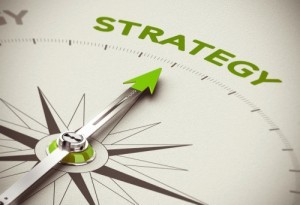 But, there is an alternative to a covered call strategy . . .  a good one. It’s a strategy known among options geeks as the “poor man’s covered call.”

LEAPS, or long-term equity anticipation securities, are basically options contracts with an expiration date longer than one year. LEAPS are no different than short-term options, but the longer duration offered through a LEAPS contract gives an investor the opportunity for long-term exposure. Essentially, LEAPS, when used in a poor man’s covered call strategy, act as a stock alternative.

So how do I start  in the poor man’s covered call?

First of all, I always start – just like when I use a traditional covered-call strategy – by choosing a low-beta stock. I want a stock with low volatility because the strategy works best when there is minimal vacillation in the underlying stock.

The stock exemplifies the typical low-beta, blue-chip stock that I look for when using a poor man’s covered call strategy.

The next step is to choose an appropriate LEAPS contract to replace buying 100 shares of WMT stock.

If we look at WMT’s option chain, we will quickly notice that the expiration cycle with the longest duration is the January 2020 cycle, which has roughly 751 days left until expiration. 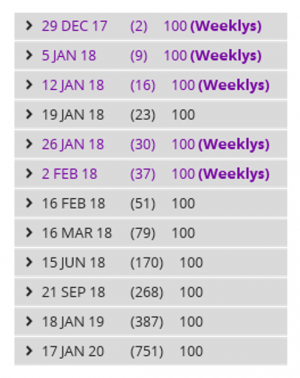 We can buy one options contract, which is equivalent to 100 shares of WMT stock, for roughly $27.20. Remember, always use a limit order – never buy at the ask price, which in this case is $28.85.

The next step is to sell an out-of-the-money call against our Jan 2020 75 call LEAPS contract.

We can sell the February $100 strike with 51 days left until expiration against our WMT January 2020 LEAPS.

Using the poor man’s covered call strategy, we can continue to sell calls against our LEAPS contract every month or so to lower the total capital outlay. But remember, options have a limited life. So, when we get closer to the LEAPS contract’s expiration, we will simply sell the contract and use the proceeds to continue our poor man’s covered call strategy.