Everyone’s been talking about the Lyft (NASDAQ: LYFT) IPO . . . 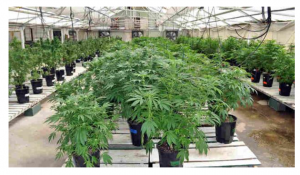 Discover how to claim pre-IPO shares of Uber and Pinterest – before these stocks go public.

In Silicon Valley, it’s easy for private tech companies to raise $50 million to $100 million from investors.

But in the world of cannabis and pot stock IPOs, investors typically are more cautious. That’s primarily because state and federal laws are often in conflict.

As a result, cannabis companies must go public if they want to raise substantial capital. These companies desperately need capital to expand cannabis-growing operations and open dispensaries across the country.

So, American cannabis companies are going to Canada and going public.

The first is Consortium (CSE: TIUM-U).

Consortium has operations in Florida, Texas, Pennsylvania and Puerto Rico. Plus, the company has licenses pending in Michigan and Canada.

In late March, Consortium raised $51 million by issuing stock at $2 per share. Meanwhile, shares began trading on the Canadian Securities Exchange with the symbol “TIUM-U.”

The second of the two pot stock IPOs is Vireo Health (CSE: VREO).

Vireo recently raised $51.4 million from investors. And the company just went public via a reverse merger. Shares now trade on the Canadian Securities Exchange with the symbol “VREO.”

April will bring new stock offerings from Pinterest with a $12 billion valuation. Plus, Uber is secretly preparing to go public in a deal that could exceed $120 billion

Don’t miss out on these huge IPOs.