In a liquidity-driven bull market, the producer of the capital flows dictates the action for the investment community. 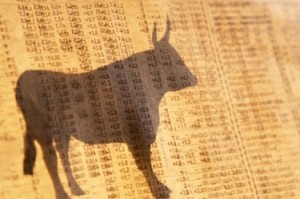 Rounds of quantitative easing by global central bankers have warped much of the financial market dynamics, resulting in profits for savvy traders. The most recent QE measures by the European Central Bank serve as a timely example.

Quantitative easing entails the purchase of government bonds by central banks through the inflating of balance sheets. When QE takes place, it is a huge admission of economic weakness by the central bank for that domain.

Quantitative easing states that the central bank is acquiring government debt when no other buyer, either foreign or domestic, can be found at a desired interest rate. The Great Recession necessitated quantitative easing by the U.S. Federal Reserve, Bank of Japan and now the European Central Bank.

The native currency of the country implementing the rounds of quantitative easing suffers initially for a variety of reasons. The first is the admission that the associated economy is so weak that investors will not buy its debt at a low interest rate.

The value of the currency also drops due to basic supply-and-demand issues. More of that currency – the supply – is being produced without a corresponding demand from the market.  As a result, the price drops.

A major exchange traded fund for the Euro, Currency Shares Euro (NYSE: FXE), is down 10.73 percent for the last month of trading, due in large part to quantitative easing measures announced by the European Central Bank.

By contrast, SPDR Gold Shares (NYSE: GLD), the main ETF for gold, is up for the same period.

Quantitative easing increases the appeal of hard assets, such as gold.  Other, more stable world currencies will gain, too. The U.S. dollar ETF, PowerShares DB US Dollar Index Bullish Fund (NYSE: UUP), is up more than 8 percent for the last quarter. The Swiss Franc has had double-digit growth, due to the weakness of the Euro and the Swiss National Bank move to allow it to float in value.

Quantitative easing by the U.S. Federal Reserve in large part resulted in the soaring price of oil from 2008 to mid-2014.

In the spring of 2009, a barrel of oil was trading in the low 40s. At the Jackson Hole economic summit in August 2010, then-Federal Reserve Chairman Ben Bernanke announced a massive round of quantitative easing by the U.S. that would begin in November. A barrel of oil subsequently rose to over $100 in early 2011.

Testifying before Congress in May 2011, ExxonMobil (NYSE: XOM) Rex Tillerson stated that oil was trading about 50 percent higher due to speculators, not fundamental economic demand. That resulted from speculators dumping the U.S. dollar, which plunged during that period, for oil and other commodities, such as gold and silver (NYSE: SLV).

The stock market is also favored by quantitative easing. Bernanke spelled this out in a column supporting QE that appeared in The Washington Post on Nov. 4, 2010.

Bernanke stated that “higher stock prices will boost consumer wealth and help increase confidence, which can also spur spending.” He added, “Increased spending will lead to higher incomes and profits that, in a virtuous circle, will further support economic expansion.”

It is not often that the most powerful banker in the world tells you to buy equities, but that is exactly what Bernanke did on Nov. 4, 2010.

Jonathan Yates does not have a position in any of the securities mentioned in this article.