Nearly a decade has passed since the last recession, which has many economists and investors wondering if the U.S. is overdue. 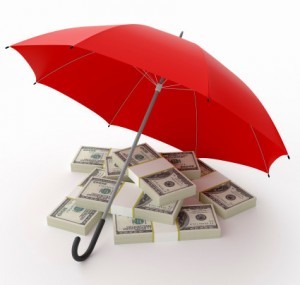 Historically, recessions have occurred more frequently than once every 10 years. Combined with a stock market that could be considered overheated by certain valuation methods, such as the Shiller P/E ratio, and some observers believe there are reasons to think a stock market correction could be in order.

If the market is about to enter a downturn, investors may want to consider getting defensive. The following three can all be considered “recession stocks.”  These stocks all pay hefty dividends, raise their dividends each year and significantly outperformed the S&P 500 Index during the Great Recession.

McDonald’s is an extremely defensive business because consumers tend to scale down their eating out budgets when economic times are tough. If the economy goes into recession, people who would have spent a little more money on sit-down restaurants often go for fast food instead. And, McDonald’s has recently reorganized its menu offerings, designed to lower prices.

McDonald’s increased its earnings per share by nearly 40% from 2007-2009, while many other companies were simply trying to stay afloat. This is an extremely impressive track record, and speaks to how McDonald’s business model might actually benefit from recessions. Last year, EPS increased 16% in constant currencies, as the company’s new menu offerings and move to all-day breakfast have paid big dividends.

Speaking of dividends, McDonald’s has a very strong dividend to reward shareholders during market downturns. McDonald’s pays a 2.5% current dividend yield, and has increased its dividend each and every year since paying its first dividend in 1976.

Along with McDonald’s, Wal-Mart might be among the most recession-resistant business models in the entire stock market. In fact, McDonald’s and Wal-Mart were the only two stocks in the Dow Jones Industrial Average, to increase in share price during 2008.

Wal-Mart benefits from the same key economic factors as McDonald’s. As the low-price leader in big-box retail, Wal-Mart typically sees traffic increase when consumers are tightening their belts. Wal-Mart also increased earnings per share each year during the financial crisis:

Wal-Mart is a very popular shopping destination during recessions because of its “everyday low price” policy. It can keep prices very low because of tremendous scale. Wal-Mart is the largest retailer in the world, with nearly $500 billion in annual revenue. A Wal-Mart store sits within 10 miles of approximately 90% of the U.S. population. It has thousands of distribution centers and stores, which will allow it to pursue e-commerce growth as well.

Wal-Mart acquired e-commerce giant Jet.com for $3 billion, and it also has an equity investment in China-based e-commerce platform JD.com. This allowed Wal-Mart’s e-commerce growth to soar more than 60% in the most recent quarter.

Wal-Mart stock pays a solid 2.7% dividend yield, and the company has raised its dividend payout for more than 40 years in a row. It would be a top stock pick for investors among “recession stocks” if the U.S. were to enter a recession.

Last but not least, a utility stock like ConEd is a natural fit for a defensive portfolio. Utilities are among the most stable sectors in the entire economy, making them ideal recession stocks. The reason is simple: consumers need to keep the lights on, even when the economy goes south.

This has allowed ConEd to sustain a remarkable track record of dividend growth. It has increased its dividend for 43 years in a row. It is not only a Dividend Aristocrat, a group of stocks in the S&P 500 with more than 25 years of consecutive dividend growth, but it is also the only utility stock on the list.

ConEd is virtually assured of stable earnings growth each year because it operates in a highly regulated industry. As a regulated utility, ConEd is allowed to pass along regular rate hikes each year, which help grow revenue. In addition, the company benefits from population growth. Based on management forecasts, ConEd expects 2017 earnings growth of about 1%.

With a hefty 3.4% dividend payout and annual dividend growth like clockwork, ConEd is a great stock to own during a recession.