Ready for BIG INCOME in 2018? The tax cuts are creating a dividend windfall for investors who buy the right stocks.

Will the second-longest bull market in history finally end in 2018? Some market-watchers think that’s likely. The S&P 500 is up 265% since the financial crisis and valuations are extremely high. 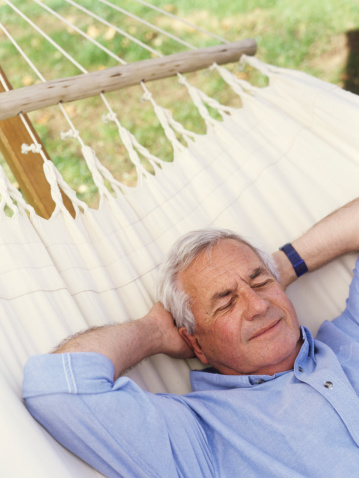 Meanwhile, the S&P trades at nearly 27 times earnings, one of the highest price-to-earnings ratios we’ve seen since the dot-com bubble.

The Federal Reserve is normalizing interest rates, and rising interest rates could stifle economic growth. The fact that the U.S. is almost at “full” employment could also lead the Fed to boost rates faster than expected. Higher rates mean consumers have less money to spend and businesses are less likely to invest in buying new equipment or expanding.

In total, the risk of the bull market ending in 2018 is the highest we’ve seen. And, if consumers an investors anticipate a contraction, they may spend and invest less, exacerbating the trend.

Many consumers are already tapped out; that’s evident in the $1 trillion in outstanding revolving debt (i.e. credit card debt) consumers hold, the highest level ever. At the same time, the savings rate is near the lowest levels since the financial crisis. That leads some observers to believe consumer spending will slow drastically in 2018.

Bottom line: Now is a great time to seek out “safety” and safe dividends . . . that is, dividend stocks that offer a solid yield (above 2.5%),  that are not volatile, and that have low debt loads and attractive valuations (read: relatively cheap).

To add some certainty to your portfolio in 2018, consider the top three safe dividend stocks for this year:

As mentioned, rising interest rates will put a damper on economic growth, but the trend is good for Wells Fargo. The bank has the largest deposit base, $1.3 billion, in the U.S., behind just JPMorgan Chase (NYSE: JPM). Higher interest rates mean Wells Fargo will generate more income from its large reserve base.

Despite being one of the biggest banks around, Wells Fargo did underperform the banking industry in 2017. Wells Fargo suffered plenty of bad press related to overcharging customers for insurance and mortgages. Those negative headlines have plagued Wells Fargo for a couple years, ever since it came to light that the bank was opening unauthorized accounts for customers in 2015.

Since then, Wells Fargo has replaced much of senior management. It also still has the support of Warren Buffett’s Berkshire Hathaway (NYSE: BRK-B), which remains Wells Fargo’s largest shareholder.

This big bank stock is paying investors a 2.5% dividend yield and the company has raised its annual dividend for six straight years. Despite the recent bad press, Wells Fargo still generates an industry-leading 11% return on equity.

Tax reform is also a tailwind for Wells Fargo. The bank’s current tax rate is over 30%, but with the changes in tax law, the rate will drop to around 20%. That’s an opportunity for savings that the company can re-invest in the dividend.

CVS operates one of the largest networks of pharmacies in the U.S. It also happens to pay $2 a share in dividends each year, good enough for a 2.5% dividend yield. The company has managed to increase its annual dividend for 10 straight years.

Shares of CVS were down 5% last year related to worries that Amazon (NASDAQ: AMZN) might enter the pharmacy business. That hasn’t come to fruition, but CVS may well have an answer if Amazon does decide to become a competitor. CVS is buying another health-care company, Aetna (NYSE: AET), in what will be a mega-merger in the industry. The near-$70 billion deal is expected to close this year.

The deal transforms CVS from a retail pharmacy operation to a company that is also a health insurer and pharmacy benefits manager. CVS will soon be an all-in-one bet on U.S. health care. That’s a big positive as the U.S. population, driven by the baby boomer generation, approaches an average age that requires more health-care expenditures. CVS will also benefit from the new tax law, as its lower tax rate will boost cash flow by over $1 billion. That’s cash it can use to sustain its solid and safe dividends.

Hanesbrands is the smaller name on our list, with an $8 billion market cap. Its ho-hum business model of selling basic t-shirts and underwear has proved exciting for dividend-seekers. The apparel company pays a 2.7% dividend yield and has increased its dividend for four straight years, paying out just 30% of its earnings via dividends.

Hanesbrands stock also has low volatility; its beta is just 0.7. That is, for every dollar that the S&P 500 falls, on average, Hanesbrands’ stock price only falls $0.70. The company is expected to grow earnings by over 30% this year, and at 11 times earnings, the stock is relatively cheap from a valuation standpoint.

Hanesbrands’ basic business model of making and selling brands like Playtex, Champion and Hanes will continue to reward shareholders. It’s either No. 1 or No. 2  in market share for every apparel category in which it competes. Going forward, Hanesbrands sees growing opportunities  online. The company is focusing on building relationships with internet pure-plays and creating its own websites to drive sales.

In the end, will the market come crashing down in 2018? No one has a crystal ball, but the data point to a weaker year for investors compared to 2017. The three companies above will prove resilient should the market slow in 2018, but they can also keep up if this market continues to defy gravity.