When the subject of initial public offerings comes up, tech stocks instinctively come to mind. The past year has seen a flurry of major IPOs from the tech sector, including Snap (NYSE: SNAP) earlier this year, as well as the anticipated Uber IPO. 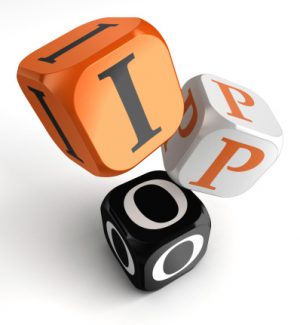 But the most important IPO for the global economy this year could come from the oil industry, and chances are it’s a company you’ve never heard of.

Saudi Arabian oil behemoth Saudi Aramco — the largest oil company in the world, bigger than even Exxon Mobil (NYSE: XOM) — is preparing to issue shares to the public for the first time.

The Biggest IPO Ever?

Saudi Aramco is the state-owned oil company of the Kingdom of Saudi Arabia. In the Saudi Aramco IPO, the company plans to sell around 5% of its business to investors. The predicted value of the equity raise is around $100 billion, which would value Saudi Aramco at approximately $2 trillion.

For comparison, the largest publicly-held U.S. stock — Apple (NASDAQ: AAPL) — has a market capitalization of $820 billion. Let that sink in: Saudi Aramco could be worth more than twice what Apple is worth.

Consider the massive size and scale of Saudi Aramco. It produces roughly 12 million barrels per day, approximately one in every eight barrels produced across the world. It has crude oil reserves estimated at approximately 260 billion barrels, which itself amounts to 15% of all global reserves and 10 times Exxon’s reserves.

Like Exxon, Saudi Aramco is an integrated oil and gas company, which means it has an upstream exploration and production business, in addition to a downstream refining business.

It is not hard to see why the company would want to raise fresh capital. With Brent crude, the international benchmark for oil prices, trading at $52 per barrel (down from over $100 at the 2014 peak), oil companies are starved for cash.

Saudi Arabia is a prime example. The country relies disproportionately on oil. Citizens of Saudi Arabia enjoy generous entitlement programs. But with oil prices collapsing over the past three years, Saudi Arabia is deep in the red.

The Saudi Aramco IPO makes sense for the company as well. Rather than sell off assets and risk missing out on a potential recovery, high-quality oil companies can still access capital fairly easily. And, with interest rates still near historic lows, now is the time to tap the markets, as yield-hungry investors are willing to pay a premium.

Income investors may want to pay particularly close to attention to the Saudi Aramco IPO. It is commonplace for oil companies to pay hefty dividends to shareholders, as they are highly profitable and generate hefty cash flow, even with low oil and gas prices.

Consider that the two largest U.S. based integrated giants, Exxon Mobil and Chevron (NYSE: CVX), both pay dividend yields near 4%. Saudi Aramco is even larger than these two, so it’s not out of the question that it could establish a similar dividend rate once it becomes a publicly held company.

Expectations are for the Saudi Aramco IPO to take place over the next several months, although it could be delayed to late 2018.

Saudi Aramco is an important force in the global oil and gas markets. Going public means investors will be able to glean much more information about the state of global markets, since any decision Saudi Aramco makes on production will influence global commodity prices.