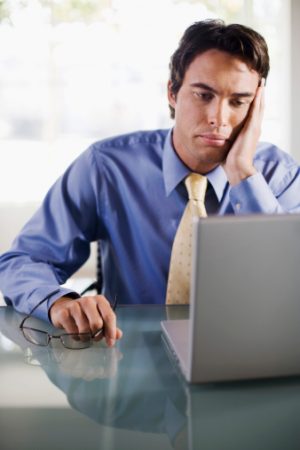 Facebook (NYSE: FB) became a platform for “fake news” during the 2016 elections. That was bad . . . but it’s nothing compared with the latest.

Facebook’s been playing it fast and loose with YOUR private information. And that’s even grabbed the attention of Congress.

Some 270,000 Facebook users took a personality test using an app called “thisismydigitallife.” The app was created by a Russian-American academic at Cambridge University.

That app then consensually collected data on the 270,000 users. Plus, it accessed the profiles of 50 million people who were “friends” of those test-takers.

That data was then used by data analytics company Cambridge Analytica for political advertising in the 2016 election. The Donald Trump presidential campaign and a Super Pac called Make America Number 1 used it to target ads.

Privacy concerns may be the ONLY thing that Democrats and Republicans agree on these days.

A poll from Investor’s Business Daily found that 80% of Americans are concerned about privacy on Facebook. And 50% of people say they plan to “cut back” using Facebook as a result.

The stock has been a darling for growth investors. Last year, Facebook stock jumped 53%.

In early February, Facebook shares hit an all-time high of $195.

That means the company’s market cap has shrunk by $80 billion.

Right now, we know that Mark Zuckerberg will be forced to testify in front of Congress. And it won’t be pretty.

The company will likely face fines in excess of $1 billion.

Now, Facebook will certainly weather this storm. The company has $41 billion in cash and short-term investments.

The real concern is this: Will users revolt and QUIT FACEBOOK?

Despite these high-profile moves, it’s unlikely we’ll see a mass exodus from Facebook.

That’s because most folks are addicted to social media. All their friends and family members are on Facebook. And right now, there isn’t an attractive alternative (Instagram is nice, but it’s owned by Facebook).

In the short term, we’ll see some folks quit Facebook. But that’s going to be a very small number . . . and relatively insignificant.

Meanwhile, Facebook has become a huge platform for advertisers.

Some 18% of online advertising spending goes to Facebook. The only company with a greater share is Google, at 44%.

Shares are starting to look attractive at these levels. If revenue growth and earnings hold up, the stock is very attractive.

Keep an eye on Facebook. The stock continues to get more attractive as the price drops.