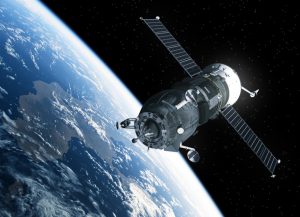 That’s the expected size of the private space business – within the next 11 years.

Click here ASAP for my urgent briefing (don’t miss out).

So, who are these billionaires? And how are they investing in this sector? Let’s dig into three new companies that could deliver huge profits to early investors.

Blue Origin was founded in 2000 by Amazon (NASDAQ: AMZN) CEO Jeff Bezos. The company is an aerospace manufacturer.

Blue Origin is also working on a space tourism business that will fly individuals to space. In May, Bezos explained that he wants to help build a civilization of people living in space.

Bezos has been funding Blue Origin by selling shares of Amazon. It’s recently been reported that he’s been investing $1 billion annually to fund the company’s operations. Click here to become an early investor.

Elon Musk is a serial entrepreneur. His first major success was PayPal (NASDAQ: PYPL). And this was followed up by Tesla Motors (NASDAQ: TSLA). Yet his space venture may become the most successful.

SpaceX has received over $12 billion in contracts with NASA and the Department of Defense. The company has already made over 100 launches. And annual sales are estimated to be $2 billion.

The company has raised $3.2 billion from investors. Earlier this year, the company was valued at $33 billion. SpaceX could be the next Tesla Motors – go here for details.

Virgin plans to commence its space tourism flights in 2021 by charging $250,000 per ticket.

Already, more than 600 people have made a deposit and are on the waiting list. The total deposits amount to over $80 million. Plus, the total revenue from 600 flights would be around $150 million. Click here to secure your stake.

The commercialization of space is happening right now.

That’s why billionaires are making huge investments in this sector. And it’s why I’m hosting the Space Profit Summit.

Inside the live event, you’ll discover how to get in on the ground floor.

Go here ASAP – before this stock takes off.