Consumers in developed markets, particularly the United States, are taking an increasingly harsh view of soda. As obesity and obesity-related illnesses come to the forefront of public health, shoppers are turning away from beverages with high sugar and caloric content. 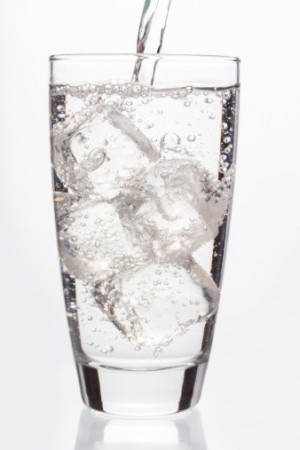 That has put soda squarely in the cross hairs of the health-conscious consumer. According to industry tracking firm Beverage Digest, U.S. soda sales fell for the 11th consecutive year in 2015. Annual per capita consumption of carbonated soft drinks dropped to the lowest level since 1985.

One of the biggest beneficiaries of the decline in soda consumption is sparkling water.

National Beverage Corp. (NASDAQ: FIZZ) is the company behind the LaCroix brand, which is the fastest-growing unsweetened brand. Sales of LaCroix more than doubled in the past two years, to $225 million.

LaCroix’s rapid growth is thanks to lower prices than its two core competitor brands: Perrier and San Pellegrino. In addition, LaCroix has adopted a savvy marketing campaign. It doesn’t spend much on television advertising, instead relying on its bright colors to attract attention at supermarkets. In addition, the company is active on social media, letting positive word-of-mouth campaigns do the heavy lifting of brand awareness.

Another key factor attracting loyalty from consumers is that LaCroix presents a suitable alternative for health-conscious shoppers. It has zero calories, zero sweeteners and zero sodium. And it comes in a variety of unique flavors, including Black Cherry, California Orange and Lemon-Lime Splash.

The LaCroix strategy has richly rewarded investors. National Beverage stock is up 90% in just the past year. The company grew sales and diluted earnings per share by 0.7% and 14%, respectively, in fiscal 2015.

Then there’s consumer food and beverage behemoth Nestle SA (OTC: NSRGY), which has a huge brand portfolio and a $230 billion market capitalization.

In the sparkling water industry, Nestle is the 800-pound gorilla. It is the company behind flagship sparkling water brands San Pellegrino and Perrier, a natural sparkling mineral water that is well known throughout the world for its green bottle.

Perrier takes the top spot in total annual sales within the sparkling water business, at $339 million.

Nestle is also an attractive stock for income investors, with a solid 3% dividend yield.

Putting the Club Back in Soda

For all intents and purposes, soda’s pain is sparkling water’s gain. The sparkling water industry is dominated by two companies. National Beverage’s LaCroix is a hit with consumers for its exciting flavors and low prices, while Nestle’s Perrier and San Pellegrino dominate the premium segment.

U.S. consumers are living more active lives, and the health-and-wellness trends don’t seem to be abating anytime soon. Particularly among younger generations, soda and diet soda are out, and sparkling water is in. National Beverage and Nestle should continue to reap the benefits of this huge shift in consumer preferences.