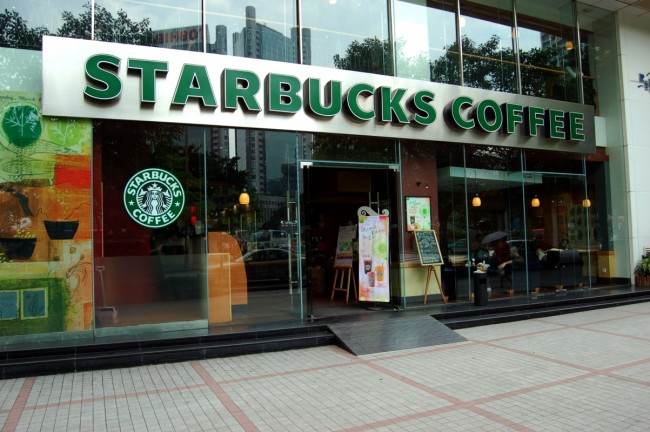 In a recent story over at Bloomberg, CEO Howard Schultz described how he got the idea for Starbucks (NASDAQ: SBUX).

“(In) Milan in 1983, Howard Schultz had the revelation on which he built his global empire…Schultz described how he set out one morning, sipping espressos at the cafes near his hotel. … The large square was “almost literally lined” with coffee shops, he wrote. The air was alive with the sound of opera and the smell of roasting chestnuts. (Schultz realized that) most Americans were still drinking their coffee at diners, in restaurants, or at the kitchen table; Italians had made cafes part of their community. Coffee didn’t have to be just a drink, he realized. It could be an experience.”

This was the fundamental concept behind Starbucks. No, not coffee per se, but Americans having a place to meet between home and work. Coffee was part of the equation but not the primary element towards making Starbucks what it is.

Think about it. When you are out and about, trying to meet up with someone, what do you do? I’m willing to bet most people just default to Starbucks because they are easy to find, they are ubiquitous, and it serves the purpose for what you want – a place to meet! Once there, why then go somewhere else? You are already there, so you order coffee and maybe a snack.

And exactly the reason, ironically, why it will never fly in Italy. Starbucks was born in Italy but would die there today.

Starbucks in Italy is indeed in the works. Starbucks plans to open stores in Italy in early 2016, according to reports from Reuters and European news organizations.

There are several reasons why Starbucks won’t fly  in Italy, but the first one is right there in Schultz’s own initial epiphany.

Italy already has several cafés on every block and every square. I’m not exaggerating. I just got back from Rome and that is a true description. You don’t even need to have a favorite café. You could literally say to a friend, “I’ll meet you at whatever café is on the corner of Via Del Corso and Via di Pietra.” Oh, look, I just pulled up Google Maps and what’s there on the corner? A café.

You don’t even need a café. In a city like Rome, just mention a piazza or Trevi Fountain.

Thus, the single biggest thing Starbucks has going for it is negated in Italy.

There’s another problem. Starbucks coffee is not very good. It certainly doesn’t stand a chance against even the worst Italian roasts. Even the basic go-to choice of most cafés, which is Illy, is delicious, smooth as silk and far superior. Italians are going to despise Starbucks coffee, unless the company changes its roast for them.

Oh, and there’s one more reason. In Italy, drinking espresso is actually a pretty classy experience, even in a train station. You get served in this red and white little espresso ceramic cup with a little plate. You knock it back right there at the bar, pay and move on. How much? Generally, a single espresso costs one euro, which is about a dollar.

Starbucks’ price point for the same thing, served in a lame paper cup, is about twice as expensive. Why pay more for inferior coffee?

My advice to Starbucks is to tread carefully. Pilot a few stores in a few cities, so when it fails, it won’t cost us shareholders too much to shut it down.