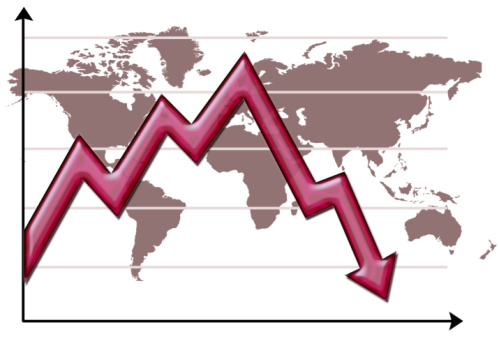 It’s been a wild week on Wall Street, and for stock markets around the world. And if you’re looking to place the blame, look no further than China.

The Chinese stock market crash has wiped out gains from the entire year. I’m not surprised. Back on May 15, I warned our readers in an article titled Warning: Beware China’s Stock Market Surge:

With stock prices roaring higher, investors have been borrowing money from their home equity or credit cards. And they’re using those funds to buy stocks. … There is evidence that these new investors aren’t exactly sophisticated. In fact, 67% of Chinese people opening a new brokerage account haven’t even graduated from high school.

When you have lots of inexperienced investors piling into the market, it’s usually a sign of a bubble. And that’s exactly what’s happening today. Just as concerning is that China’s stock prices are soaring, even though the country’s economy is slowing.

While I was right about the China stock market bubble, I didn’t predict that it would fuel a 10% correction for U.S. stocks.

The biggest issue is that China’s economy isn’t in good shape. In fact, a recent survey shows that China’s manufacturing sector is shrinking at its fastest rate since 2009. Meanwhile, the Chinese government’s gross domestic product growth target of 7% is the lowest level in 25 years.

When the Chinese government devalued the yuan, it confirmed that the slowdown was real and sparked a sell-off for global stock markets. That sent the U.S. stock market down more than 10% in just 10 days.

Discover the top 10 stocks for beating the market every year. Names and ticker symbols are revealed in this exclusive presentation. Just click here now.

After big losses last week, the major markets from Asia, Europe and North America continued to slide early this week. U.S. stocks were extremely volatile this week.  Both Monday and Tuesday saw big early gains, followed by heavy selling at the end of the day.

By the close of the market Thursday, the Dow Jones Industrial Average, S&P 500 and Nasdaq Composite had all emerged from their brief corrections.

Now, the recent rebound doesn’t mean that the market is out of the woods yet. But the bottoming that we’ve seen in the last few days is a positive indication.

Research from Barron’s shows that since 1940, there have been 10 occasions when the market has dropped by 10% or more in just four days. In 80% of those instances, stock prices were higher 20 days later.

Discover what Warren Buffett does when stock prices plunge. Click here for the details.

The prompt recovery in U.S. stock prices has been helped by positive economic data. On Thursday, the second-quarter GDP was revised up to 3.7% from a previous reading of 2.3%. Also worth noting was that jobless claims fell for the first time since mid-July.

Supportive words from the Federal Reserve’s New York president, William Dudley, also helped. He said that arguments for a Fed rate hike “seem less compelling.” It seems that the Fed may be less likely to raise rates in September, given the economic uncertainty in China and the market volatility here in the U.S.

It seems that after a few days of panic selling, investor fears have died down. The positive economic news this week shows that the U.S. economy remains extremely healthy compared with Asia and Europe. And thus far, China’s slowdown doesn’t appear to be harming the economy on this side of the Pacific.

This week U.S. stocks briefly entered a “correction,” or a 10% decline from their peak.

It’s always important to remember that corrections are completely natural, and should be expected. Between 1900 and 2014, a stock market correction happened once per year (on average). Until this week, it had been nearly four years since the last correction occurred in October 2011.

Year-to-date gains for U.S. stocks have now been erased. However, it’s worth noting that during the summers of 2010, 2011 and 2012, the same thing happened. Whether U.S. stocks will continue to rebound in the coming weeks or months is difficult to determine.

It’s clear that the U.S. economy remains healthy on an absolute basis. GDP growth is solid, unemployment is falling, and consumers are spending money on houses, cars and big-ticket items. It appears that low oil prices may finally be filtering their way down and positively impacting consumer spending and sentiment.

In this global economy, there are certainly risks. There is the risk that the slowdown of China’s economy could impact growth here in the U.S.

However, an emerging-market country has never pulled the U.S. into a recession. While China’s world clout is undeniable, don’t expect that a slowdown in its economy or crash for Chinese stocks will derail our healthy growth and solid recovery.

My advice during a volatile period for the stock market is simple: stay the course. Stick with your investments, and don’t stray from your plan. It’s always the investors who panic, sell their investments and exit the market who suffer the most. Those who ignore the day-to-day gyrations of the market always achieve the best returns over the long run.