Tesla Motors (NASDAQ: TSLA) CEO Elon Musk teased a secret new product in a March 30 tweet, telling the world that he would announce the product on April 30. At the time, it sent shares of Tesla higher by 3%. 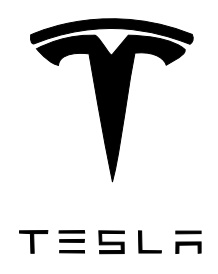 Thursday was the big day – or, rather, night – as Musk announced in the evening what he and Tesla have been working on.

Musk’s announcement of a suite of batteries wasn’t altogether surprising, as analysts had all but predicted exactly what Musk was going to reveal. In addition to the home battery – dubbed the Powerwall – Musk announced a larger version for businesses and utilities called the Powerpack.

Two models of Powerwall are in production, a 7 kilowatt-hour model ideal for storing energy from a home solar panel, and a 10 kWh model ideal for backup power in the event of a blackout.

Musk also announced two Powerpacks, one larger than the Powerwall for use by businesses, and an even larger one for utilities.

The Powerpack has reportedly been in use by Wal-Mart (NYSE: WMT) for several weeks. The same Bloomberg News and Business Insider reports also suggest that a 300-home test program has been underway in California for at least as long.

In a very Steve Jobs-esque presentation, Musk announced the new products on stage at Tesla’s design studio south of Los Angeles. He focused on the design aesthetics of the units, noting that they look like “a beautiful piece of sculpture.” The units are also available in multiple colors.

At one point Musk noted that with 160 million Powerpacks, the United States could be transitioned to renewable energy. He also pointed out that the entire presentation was being powered by solar energy stored in Tesla’s batteries.

Musk left us with a lot of takeaways.

First, it’s clear that the name “Tesla Motors” simply doesn’t fit the company anymore. It’s only a matter of time before Musk changes the name to “Tesla” or even “Tesla Energy.”

It’s also clear that the $5 billion lithium-ion battery “Gigafactory” under construction in Nevada is just the first of many gigafactories that Tesla will have to build to produce the number of batteries it wants to sell to the world. Musk explicitly said so, referring to the Nevada gigafactory as “Gigafactory 1.”

This is all consistent with the “Elon Musk future” I’ve written about, one in which we harness energy from the sun with SolarCity (NASDAQ: SCTY) solar panels, store the energy in Tesla batteries and then use that energy to power our Tesla cars and other electronic devices.

If the battery business scales up the way Musk seems to think it might, Tesla’s car business might soon be dwarfed by its battery business. Indeed, Tesla Energy appears to be closer in line with Musk’s true vision for the company – the missing link between what he calls “this handy fusion reactor in the sky, called the sun,” and powering our lives at night, on cloudy days and any time in between.

It’s worth noting that while Tesla seems to be significantly ahead of anyone else trying to produce batteries for home or business use, other companies could very well enter this market with their own battery factories. In fact, Musk said he expects it.

Though Tesla surely won’t have a monopoly on batteries or harnessing the sun’s energy, Tesla Energy seems to be significantly ahead of anyone else in the space. A global energy revolution is underway, and Tesla Energy is leading it.

DISCLOSURE: I personally own shares of Wal-Mart.