Three billionaires are jumping into these explosive growth stocks. 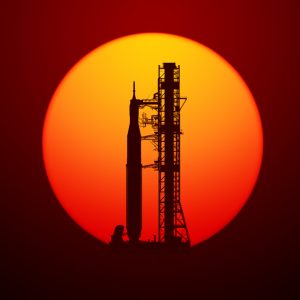 Yet 99% of Americans are on the sidelines. And that’s a major mistake.

In fact, these “space stocks” could be even bigger than my recent trade in Tesla Motors (NASDAQ: TSLA).

Initially, people thought the company was a joke. After all, the company’s only product was a convertible called the Tesla Roadster with a $112,000 sticker price.

Suddenly Tesla stock took off starting in 2013 – right after Tesla Motors introduced the Model S Sedan. I remember this very clearly because I recommended Tesla stock to my clients in February 2013 at $38. And I also purchased Tesla stock in my personal investment account.

The stock then rallied above $383 for a maximum gain of 909% in just four years. Here you can see the Tesla stock chart.

Tesla Motors wanted to revolutionize the auto industry with electric cars. And the company decided to initially introduce a high-priced sports car.

A total of 2,450 Tesla Roadsters were produced – allowing Tesla to create a lot of buzz and refine its technology on a small number of cars.

Yet the Roadster was just a preview of what was going to come.

Because Tesla’s real offering was the Model S, which was introduced in 2012. By the end of last year, the company had produced 263,504 sedans.

In the most recent quarter, Tesla produced 96,155 vehicles.

I hope you’ve been a longtime reader and have profited from my Tesla stock recommendation. If not, I’d like to bring you up to speed on a similar situation . . .

Because the business of space travel is experiencing the same thing right now. Go here for my urgent briefing (it’s FREE).

Today, the private space travel business is in its infancy.

Ever since the 1950s, the only way to go to outer space was to become an astronaut. Yet that’s not the case anymore.

In fact, one company already has 600 people on a waiting list. And it has already collected $80 million in deposits.

These initial space tourism flights are pricy. In fact, a ticket on the 90-minute flight costs  $250,000.

In many ways these flights are like Tesla’s Model S. It’s a very expensive way for the companies to launch space travel with a limited number of clients.

One investment bank called UBS estimates that space tourism will become a $3 billion annual market. And with three players in the sector, each could rake in over $1 billion in annual sales.

Because this space tourism will pave the way for space travel to replace long-haul flights that are over 10 hours.

In this same report, UBS estimates that space flights could replace 5% of global long-haul flights. How big is that market?

$20 billion within the next decade.

Right now, billionaire entrepreneurs are jumping into the space sector. Plus, Boeing just invested $20 million. And Google is investing $900 million.

Yet based upon my conversations, 99% of individual investors are NOT invested. And they haven’t even considered this explosive growth sector.

Today is your chance to become an insider when you claim your “founder’s certificate.”

My estimates suggest that this investment could surge 2,953%. And it could be your No. 1 biggest winner in 2020.