There’s one thing for sure: the U.S. government is printing money like mad. If you require proof, all you have to do is look at this graph below, which comes from the St. Louis Federal Reserve Bank – straight from the horse’s mouth: 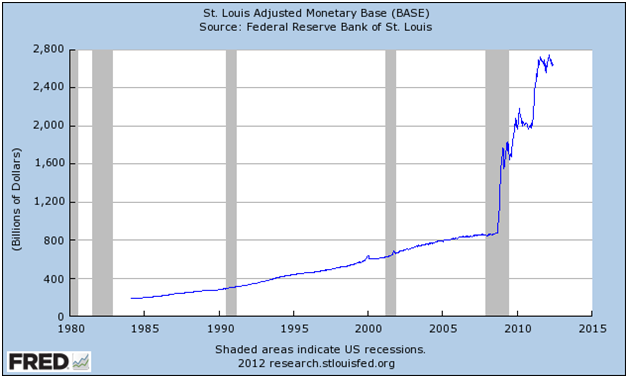 Well, the lie is that this money creation supposedly does not have any significant negative impact on the economy, employment, businesses, or even the overall health of the dollar itself.

But let’s compare and contrast the above chart with another chart showing oil prices over a similar time frame: 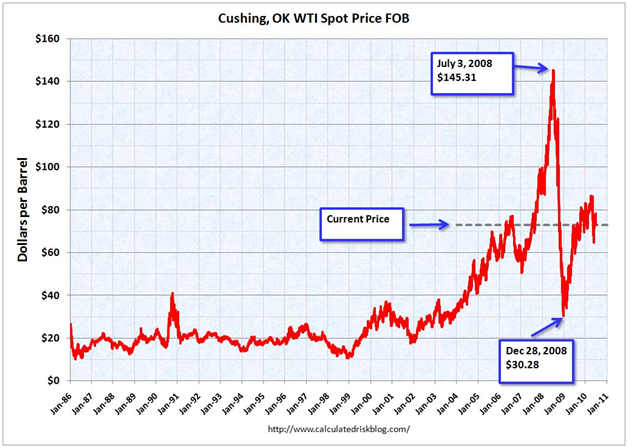 We can see that oil-price increases pretty closely match money creation increases – finally decoupling in late 2008 with the “financial” crisis.

Or perhaps that’s too much of a coincidence for you.

How about a chart of the population of employed people over the same time frame: 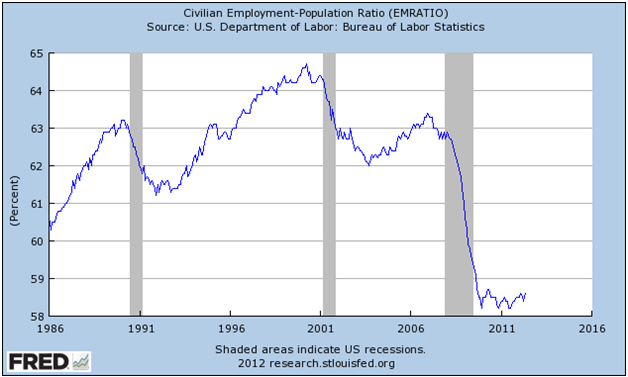 Now, this chart doesn’t match up exactly with money creation – but it does show a dramatic decrease in the employment rate that coincides with the huge amounts of money creation between 2001 and accelerating leading into 2009.

We can also look at a chart of a broad based commodity index – showing something remarkably similar: 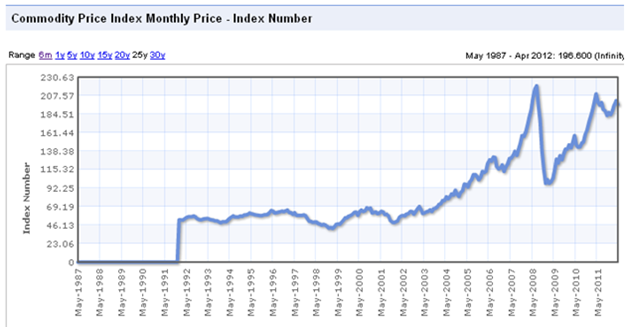 Meanwhile, we hear from our leadership at the U.S. Treasury, Timmy Geithner, promising that he will not devalue the currency.

His words exactly: “It is very important for people to understand that the United States of America and no country around the world can devalue its way to prosperity, to (be) competitive. It is not a viable, feasible strategy and we will not engage in it.”

So the only question remaining is: why would our leadership blatantly pursue a policy that bankrupts its citizens?

Is it malicious, or just stupid?